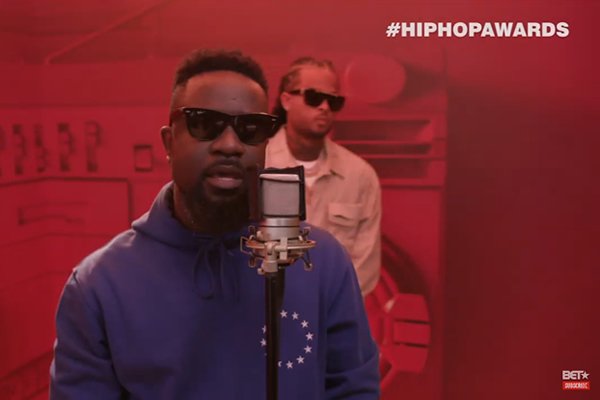 The 2019 BET Hip Hop Awards happened earlier this week and we were elated because Sarkodie won the Best International Flow category.

No doubt, it was and is a big win for Ghana and Sarkodie’s message in his acceptance speech made us even more excited because he used the opportunity to sell GH to the world!

See Also: Sark Natives Have Started A Campaign To Get Sarkodie On The 2020 Grammys Stage

The BET Hip Hop Awards did not show live and after a few days, they finally put the show out for us to see!

Take a look at all the BET Hip Hop Awards performances including the cypher Sarkodie made us proud with his message.

See Also: Why Sarkodie’s BET Cypher Verse Is A Strong Message To All Of Africa

See Also: Sark Natives Have Started A Campaign To Get Sarkodie On The 2020 Grammys Stage

Chance the Rapper – “Sun Come Down”

See Also: American Artiste, Chance The Rapper May Come To Ghana And It’s Because Of Sarkodie

Almost feels like you were at the show huh???