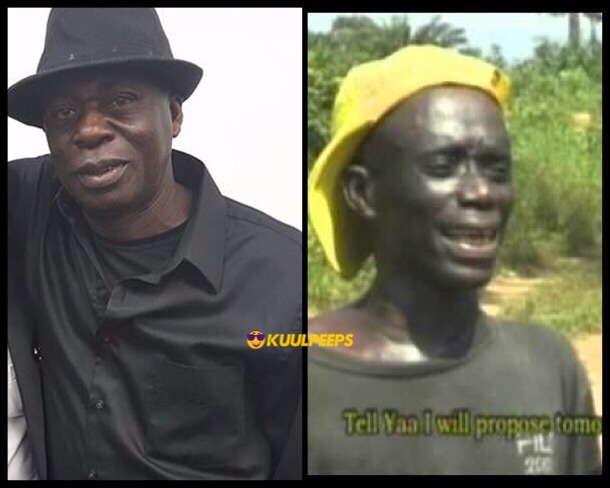 Contrary to rumours that the late Ghanaian movie star, Bob Santo, known for his satiric gestures in movies, died of cocaine usage, Judas, his best friend and partner is saying otherwise.

According to veteran actor Judas, whose real name is Tweneboah Koduah, Santo died after he was diagnosed with chronic jaundice abroad.

“Santo was sick and we left Ghana so he could cure himself. He was very ill and even after we returned to Ghana, he lived two months before kicking the bucket,” he said.

When issues of Santo smuggling cocaine abroad to make a living surfaced in the interview with Kumawood actor Kwaku Manu, Judas debunked them saying:

“If Santo died of cocaine smuggling why would he survive many months before his death? The doctor made me aware the sickness was chronic because there was not much they could do to save him,” Judas said.

Santo and Judas rose to fame with Keysoap Concert Party some decades ago. They were household names who entertained Ghanaians with their God-given talents in theatre and movie production.

Jesse Ababio - February 18, 2020
0
PricewaterhouseCoopers is a multinational professional services network of firms operating as partnerships under the PwC brand. They are recruiting graduates