Kuulpeeps – Ghana Campus News and Lifestyle Site by Students
Home News The Tracklist For Darkovibes’ Album Is Here And He’s Got Features From...
Facebook
Twitter
WhatsApp

Enjoying individual music from the members of the La Meme Gang is a treat that is not ending any time soon.

Darkovibes announced earlier this month that he will be releasing an album, Kpalongo in November this year.

The next time we heard anything concerning the album was when Joey B tweeted to warn us of the heat he and Kwesi Arthur had cooked up on Darkovibes’ album.

See Also: Joey B Hints At A Massive Banger With Kwesi Arthur On Darkovibes Upcoming Album

Today, Darkovibes finally released the tracklist for the album.

There are 14 songs on the album with features from both Ghana and Nigeria. He’s got a song with the Naija artistes; Wizkid, Peruzzi and Runtown and Joey B, Kwesi Arthur, King Promise, Mugeez and Stonebwoy from GH. 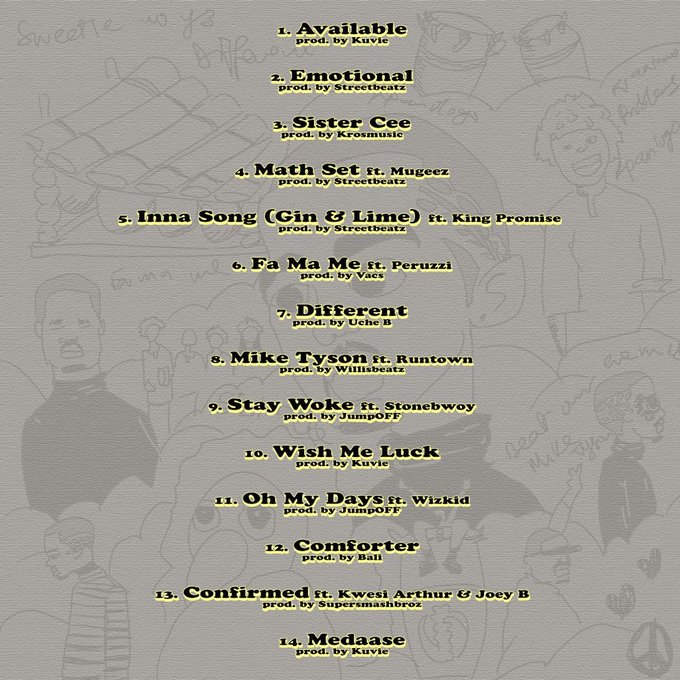 The album will be out on 15th November.

Tanzanian Comedian In Court After Laughing At President

Jesse Ababio - May 27, 2020 0
The brother of Senegal's president has announced that he has tested positive for coronavirus. Aliou Sall, who is the...

All You Need To Know About Cynthia Morgan

Check Out These 2-Piece Fashion Inspo From “Shalewa”