Is this just a conspiracy theory?

Sarkodie and Shatta Wale are both big names in the music industry. The two also have some of the biggest fan bases in Ghana.

They are both loved by so many people yet it looks like Sarkodie has been getting on the wrong side of people lately.

From being accused of stunting Strongman’s career to feeding off growing young artistes’ relevance, Sarkodie has not had it easy on social media for a while now.

This year, coincidentally, he’s got another challenge going, Who DaMan Challenge, weeks before Shatta Wale’s Wonder Boy album is set to drop on 19th October. 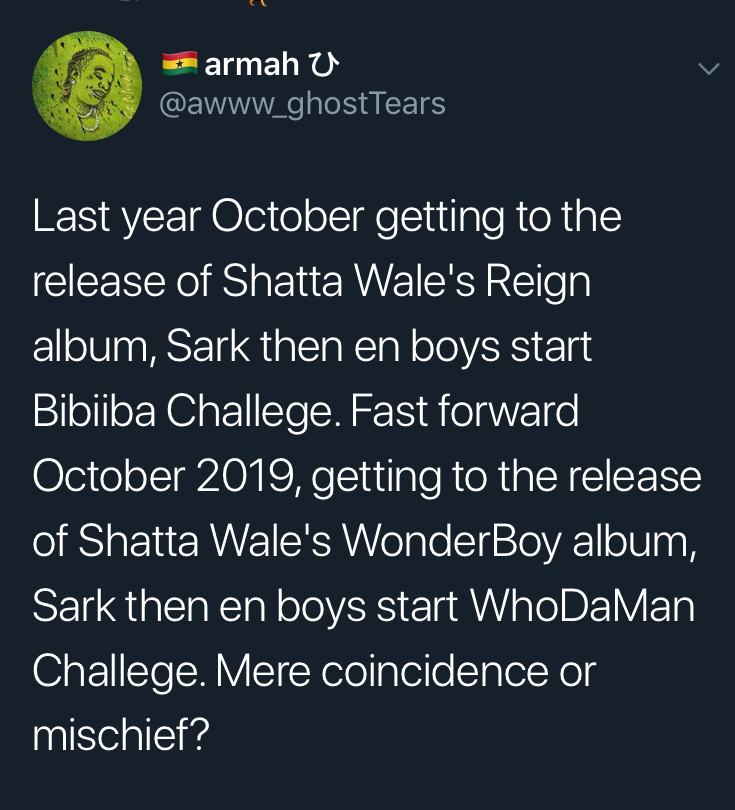 It’s normal for artistes to take other artiste’s projects into consideration before dropping new music themselves.

Some artistes communicate with each other to make sure they don’t drop projects too close to each other’s so they can all get equal attention based on how good it is.

This wouldn’t be the first time Sarkodie has been accused of sabotaging based on his timing.

He dropped a song, days after his signee, Strongman dropped a good EP. Some fans think the EP was just catching on before Sarkodie’s single took all the attention.

Sarkodie has, however, just won Best International Flow at the BET Hip-Hop Awards.

What do you think… can the sabotaging theories be true?