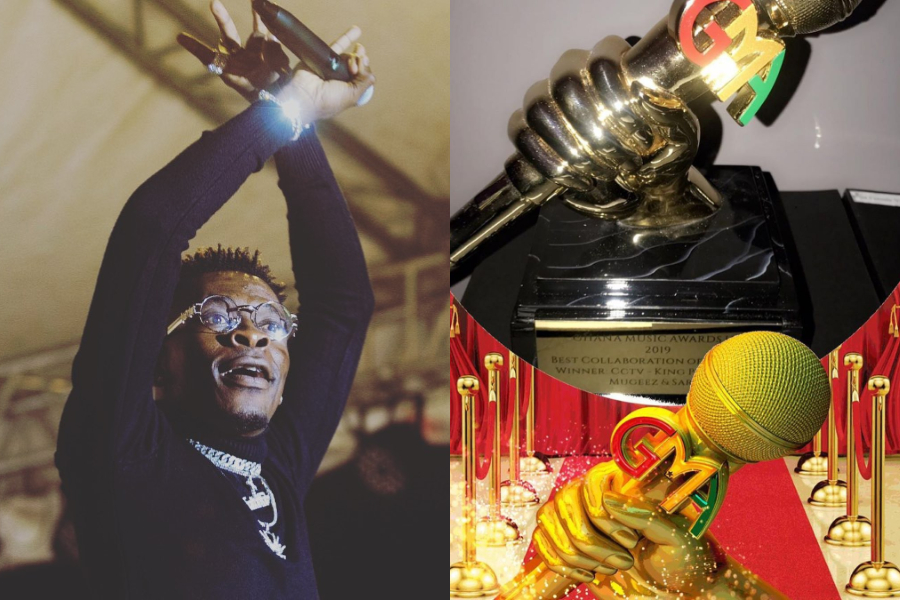 The 4th Annual Ghana Music Awards UK had Shatta Wale topping Sarkodie, Stonebwoy, and other artistes to win the Artiste of the Year award. The event came off at the Discovery Centre in London on Saturday, October 5, 2019.

Shatta Wale also won two other awards to emerge as the biggest winner on the night with three awards in total followed by Kuami Eugene and Medikal who both won 2 awards.

Shatta Wale beat contenders like Stonebwoy, Sarkodie, Medikal, Kuami Eugene, KiDi, and King Promise to win the ultimate prize of the night. In addition, he also won the Dancehall Artiste of the Year as well as the Most Popular Song of the Year award with his “My Level” song.

Sarkodie won the Video of the Year award with his “Can’t Let Go” while his feature on King Promise’s “CCTV” won the best collaboration.

For some reason, Stonebwoy did not win any award on the night.

•Artiste of The Year – Shatta Wale

•Best Group of The Year – R2bees

•Gospel Artiste of The Year – Koda

•Highlife Song of The Year – Wish Me Well – Kuami Eugene

•Hiplife Artiste of The Year – Medikal

•Popular Song of The Year – My Level – Shatta Wale

•Producer of The Year – Possi Gee

•UK Based Afrobeat Song of The Year – Location – Charles Kalah

•UK Based Afrobeats Artiste of The Year – Atumpan (Drumz)

•UK Based Artiste of the Year – Diana Hamilton

•UK Based Best DJ of the Year – DJ Fiifii

•UK Based Gospel Artiste of the Year – Diana Hamilton

•UK Based Uncovered Artiste of the Year – Samuel Séy

•Uncovered Artiste of the Year – Krymi