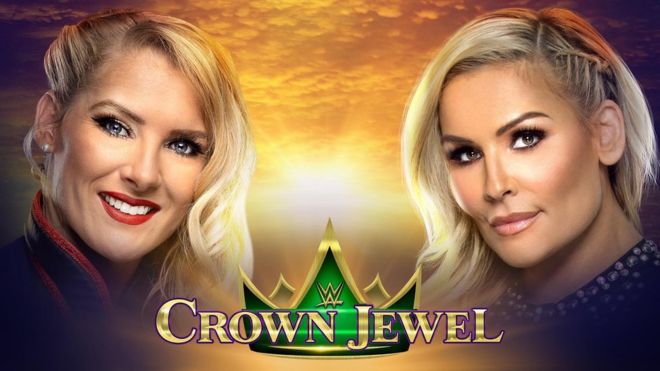 The first women’s wrestling match in Saudi Arabia takes place on Thursday, as the country takes steps towards relaxing strict rules on entertainment.

It is not clear whether the wrestlers will be required to “dress modestly”, as foreign tourists must do.

Saudi Arabia has attempted to shake off its image as one of the world’s most repressive countries for women in recent years by introducing reforms.

The government lifted a longstanding ban on women driving in 2018 and made changes to the male guardianship system this August, allowing women to apply for passports and travel independently without permission.

However, women continue to face numerous restrictions on their lives, and several women’s rights activists who campaigned for the changes have been detained and put on trial. Some of them have alleged that they have been tortured in prison.

“When I signed up for WWE my goal was to impact the world and the people that I can, and we’re doing it one day at a time,” Lacey Evans tweeted on Wednesday after the line-up was announced.

Natalya wrote: “The world will be watching. I am so incredibly proud to represent our women’s division tomorrow night at #WWECrownJewel. It’s time to bring your best, Lacey.”

Saudi wrestler Mansoor, who will be squaring off against Cesaro, told WWE.com that many female members of his family could not wait to watch the match live.

Mansoor added: “When I first started… I had a lot of people asking me, ‘hey, do you think women are ever going to get to compete here?’

“I was, like, ‘absolutely’, because when I grew up here the idea of men and women even sitting in the same arena to watch a show was unheard of. We have women driving now. Just the changes that have been in this country, every single time I come back, are astronomical. I’m so incredibly proud that I am going to be there.”

The AfroGirl - January 29, 2020
0
If you don’t have the time, energy, or f*cks to give another person besides yourself, you've come to the right place....

Emelia Brobbey Has Confirmed The Remix To ‘Fa Me Kor’ Will...