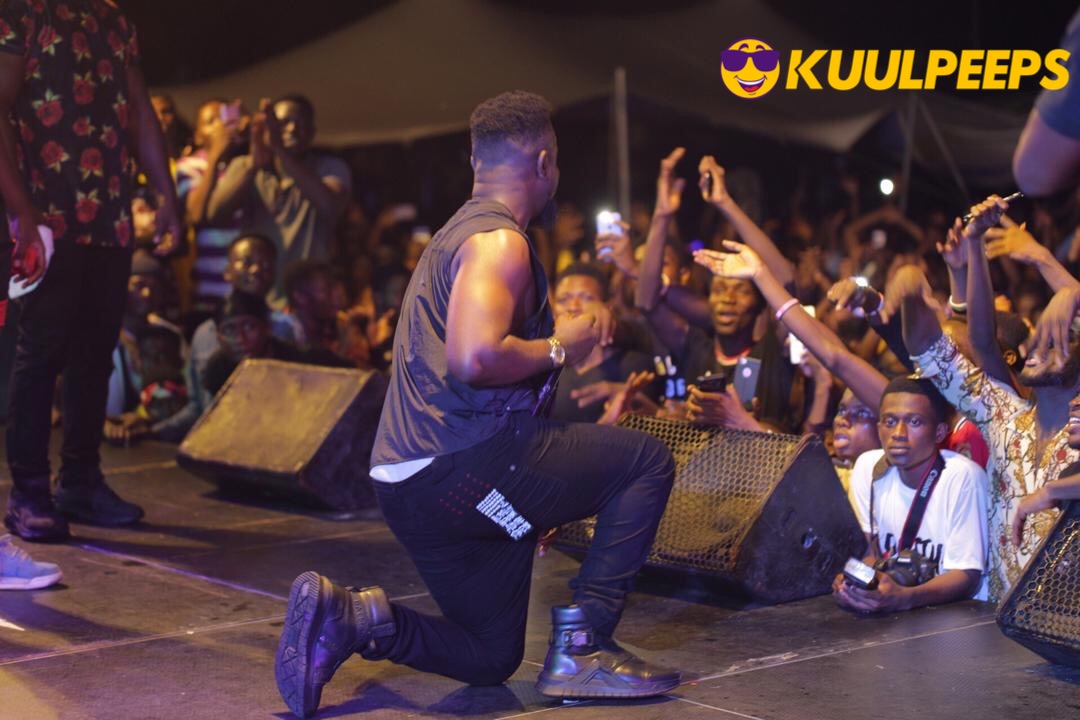 Road to Detty Rave went down last Saturday in Kumasi and it was such an amazing show!!

Artistes billed for the night included King Promise, Joey B, Fameye, Tulenkey, J.Derobie and more, who did nothing but keep the crowd entertained through all their performances.

When Sarkodie came on stage, the energy switched up to 110%!!

Sarkodie proved that he really is the best performer in Ghana! His performance was crazy and no one, absolutely NO ONE can move a crowd the way Sarkodie did on the KNUST campus on Saturday.

See Also: Why Sarkodie’s BET Cypher Verse Is A Strong Message To All Of Africa

Sarkodie performed literally every song he’s ever made, from his recent song, ‘Who Da Man’ to his very first song, giving everyone back to back hits until they couldn’t take it any more.

He went ahead to call all the other artistes who had already performed, to perform songs he had with them and one of the highlights of the night was when he brought the lovely Efya on stage as a surprise to perform their music together.

His energy, connection with the crowd…everything was on point!

Everyone just couldn’t get enough of Sarkodie’s performance!

There’s a reason he’s called King Sark, and this is why!