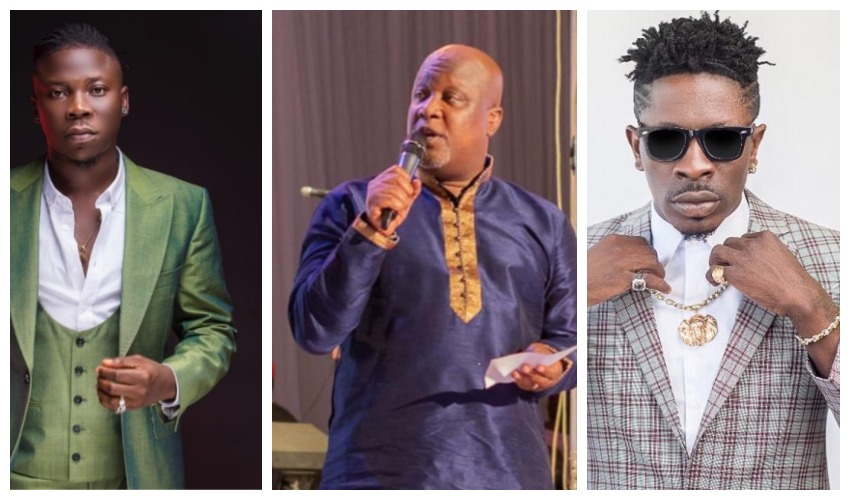 Kwame Sefa Kayi, a veteran Journalist and host of ‘Kokrooko’ on the Accra-based radio station, Peace FM is one of the five witnesses prosecutors would be calling in, on the Stonebwoy and Shatta Wale trial.

Mr Sefa Kayi, 2017 Journalist of Year was the MC at the Vodafone Ghana Music Awards when the gun pulling incident occurred.

See Also: Here Is What The Law Says About Stonebwoy Pulling Out A Gun At The #VGMA19

The two musicians are facing trial for offensive misconduct after their respective actions caused a gun pulling scene during the VGMA Awards earlier this year.

Meanwhile, the court presided over by His Worship Mr Isaac Addo has deferred the commencement of the trial in the case to October 23.

This was because the first of the five prosecution’s witnesses were unavailable, a development that compelled the court to adjourned the case.

On May 22, the Adjabeng Magistrate Court admitted Charles Nii Armah known as Shata Wale and Livingstone Etse Satekla also known as Stonebwoy to bail in the sum of GHc50,000 each with one surety.

Shatta Wale and Stonebwoy were charged for issuing threats and using abusive words with the intention to disturb the peace of the area.