BBC Africa Eye, yesterday released an exposé on Sex For Grades, which implicated four lecturers in two of West Africa’s prestigious universities; University of Ghana and University of Lagos.

In the University of Ghana, Dr Paul Kwame Butakor and Prof Ransford Gyampo were caught on camera making sexual advances to undercover reporters who posed as students.

Both lecturers have been interdicted by the University of Ghana.

After the release of the exposé, Prof Ransford Gyampo granted some interviews and stated his position on the video.

He has also threatened to take legal action against BBC.

Well, a letter which the BBC wrote to Prof Ransford Gyampo after carrying out the investigation has been released.

In the letter, BBC explained the investigation they did and outlined the evidence that they captured on camera with regards to the statements he made and his actions towards the undercover reporter.

Below is the letter BBC wrote to Prof Ransford Gyampo: 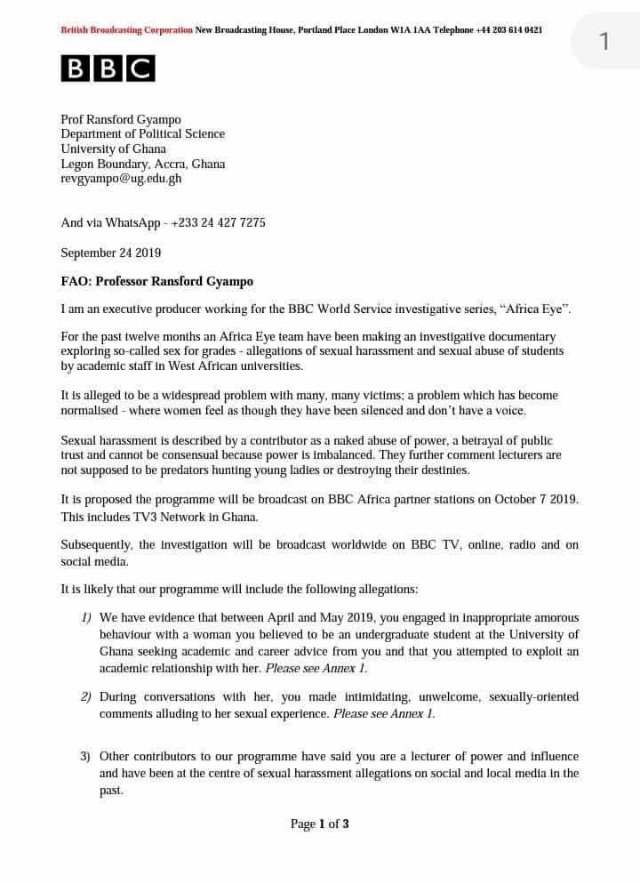 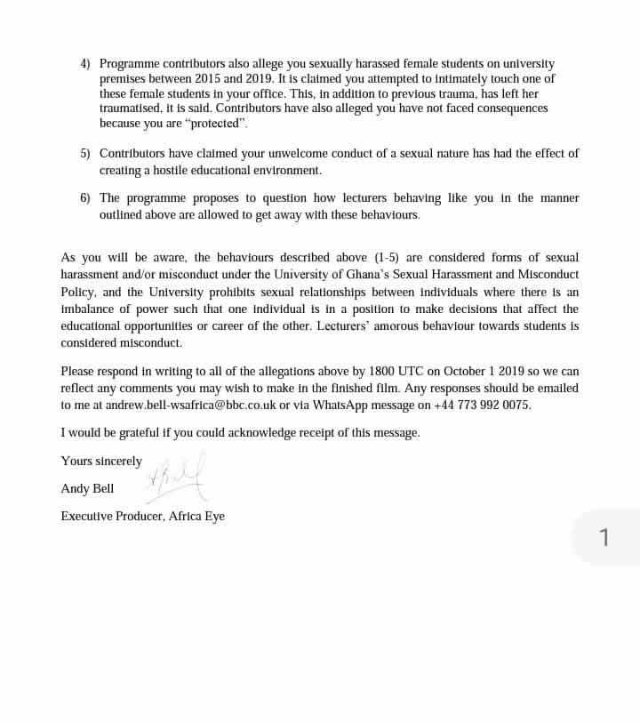 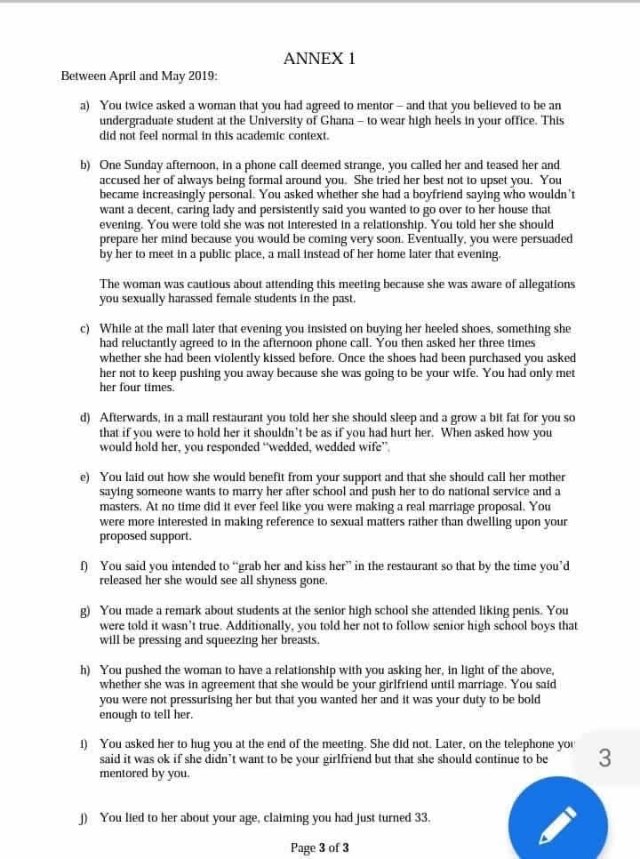