Friends star Jennifer Aniston has taken Instagram by storm, joining the platform and rapidly setting a new record for the fastest time to reach one million followers in just 5 hours and 16 minutes.

Aniston, whose first photo post was a selfie with her fellow Friends cast members, kept her introduction to the photo and video sharing social media network simple with a bio that read ‘Friends call me Jen’.

The first photo on the account went live on 15 October at 6:03 am PDT(1.30 pm, GMT), with the candid group shot accompanied by the caption: “And now we’re Instagram FRIENDS too. HI INSTAGRAM”

Word spread quickly online that the comedy star had finally joined the Facebook-owned service, with some reports stating that the platform was struggling to deal with the influx of likes and comments on the post.

Since then, awareness has spread further and Aniston has amassed over 7 million followers.

Aniston is no stranger to record-breaking feats – she shares the record title of highest-paid TV actress per episode with fellow Friends cast members Lisa Kudrow and Courteney Cox Arquette, featuring in Guinness World Records 2016, as well as previous editions. In 2008, she was the joint record holder of the most powerful actress record, a title she shared with Angelina Jolie after the pair featured in the Forbes 100 Celebrity List. 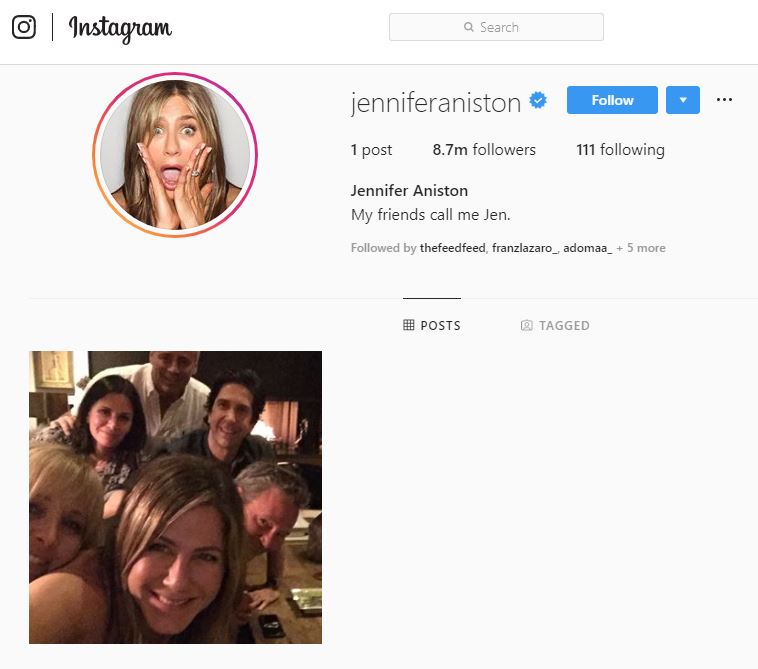 This is the third time the record has been broken in 2019.

Previously it was held by Prince Harry and Meghan Markle who launched @sussexroyal in April this year and reached one million followers in five hours and 45 minutes. The Duke and Duchess of Sussex use their social media fame to engage fans with news of their charity work and public engagements. Prior to this, the record was held by K-Pop star Kang Daniel who achieved 1 million followers in 11 hours 36 minutes.

8 Scams That You Might Encounter During A Job Search

Karel Adotey Mensah - July 10, 2020 0
It's stressful being a job seeker. It's tough having to deal with rejection and indifference that you receive from companies that...