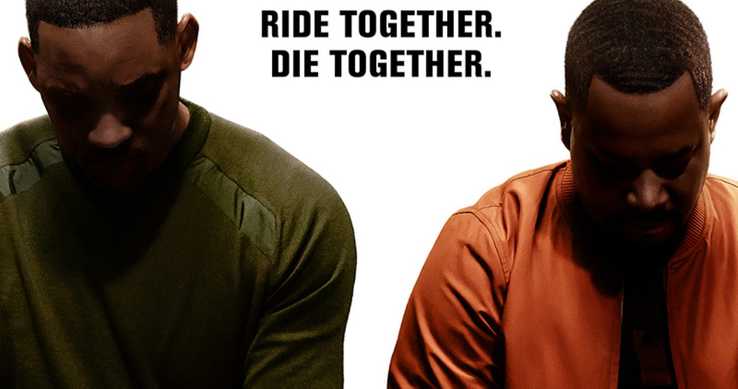 The first Bad Boys for Life poster has arrived. While the trailer was more or less what you’d expect from the Miami PD detectives Mike Lowrey (Will Smith) and Marcus Burnett (Martin Lawrence), the poster is pretty melancholy. Smith and Lawrence are front and centre with their heads down like they’re paying respects at a funeral against a stark white background. This is the complete opposite of the fun trailer, which was recently released. The poster makes it seem like the long-awaited sequel is going to be an emotional movie.

Along with Martin Lawrence and Will Smith, the Bad Boys for Life poster also says, “Ride Together, Die Together.” When paired with the sombre image, it looks like the two detectives are ready to die together, which hopefully isn’t the case. Viewers like plot twists, but that would be an incredibly dark road to go down and it would be out of character when compared to the rest of the franchise. With that said, this is more than likely the first of many posters for the upcoming sequel. Bad Boys for Life opens in theatres January 17th, 2020. In addition to Will Smith and Martin Lawrence, the movie also stars Vanessa Hudgens, Alexander Ludwig, Charles Melton, Paola Nunez, Kate Del Castillo, Nicky Jam, and Joe Pantoliano. Bad Boys kicked everything off in 1995 and then Smith and Lawrence got back together for 2003’s Bad Boys 2. The threequel has been in development for years, even going back to when Michael Bay was attached in 2008. However, a lot has changed since then as Adil El Arbi and Bilall Fallah are behind the camera this time around.

Coronavirus: President Akufo-Addo Promises To Evacuate Ghanaians When It Becomes Necessary In #SONA2020