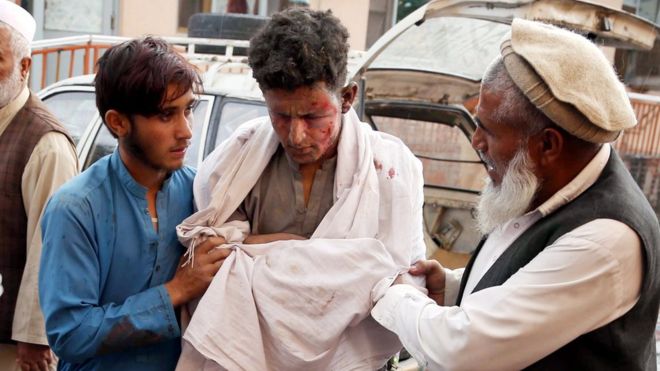 At least 62 people have been killed and dozens more injured after a bomb exploded during Friday prayers at a mosque in Afghanistan, according to a provincial spokesman.

The force of the blast, in eastern Nangarhar province, destroyed the building’s roof, eyewitnesses said.

No one has yet claimed the attack.

It comes after the United Nations warned the number of civilian deaths in the war-torn country had reached unprecedented levels over the summer.