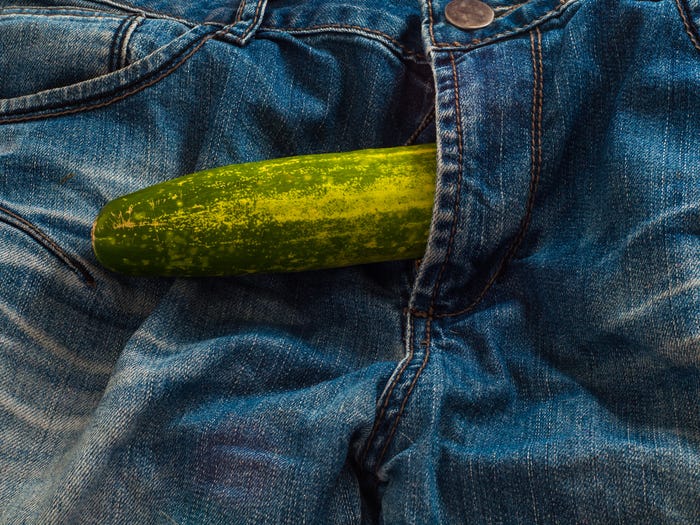 Plant-based diets have many health benefits, from better heart health to lower risk of certain cancers. But eschewing meat and other animal products may not really improve your sex life, according to available evidence.

However, a growing number of advocates and experts hypothesize that it’s actually a plant-based diet that best supports erection size and staying power.

The new vegan-friendly Netflix documentary, “The Game Changers”, produced by Arnold Schwarzenegger, Jackie Chan, and James Cameron dedicates a scene to exactly that topic, claiming that after a single plant-based meal, 3 young men found their erections lasted three times as long and were nearly 10% stronger.

The film features Dr Aaron Spitz, urologist and author of “The Penis Book,” a comprehensive medical guide to the human member.

In the movie, Spitz conducts a brief test on three male college athletes, measuring the girth, strength and duration of their erections over two nights as they sleep. The first night of the test, each of the men is given a meat-based burrito, and the resulting effects on their overnight erections are measured. The second night, the men are given plant-based burritos.

After eating the plant-based meal, all of the men showed an 8% increase in erection hardness, and a 300 to 500% increase in the amount of time their erections lasted, compared to the meat-based meal.

“This is not a scientifically validated study, but the results that we’re seeing are very exciting,” Spitz said in the film.

It turns out that those claims are supported by a rather flaccid body of evidence. Although anecdotal evidence is promising, there aren’t yet any rigorous scientific studies to show a meat-free diet makes a difference in erections.

Vegan and vegetarian diets are typically low in saturated fat and cholesterol, which are plentiful in beef, pork, and dairy products. Healthy blood flow is also directly related to healthy erections — high blood pressure, cholesterol, and other vascular problems linked to meat-eating have also been linked to erectile dysfunction.