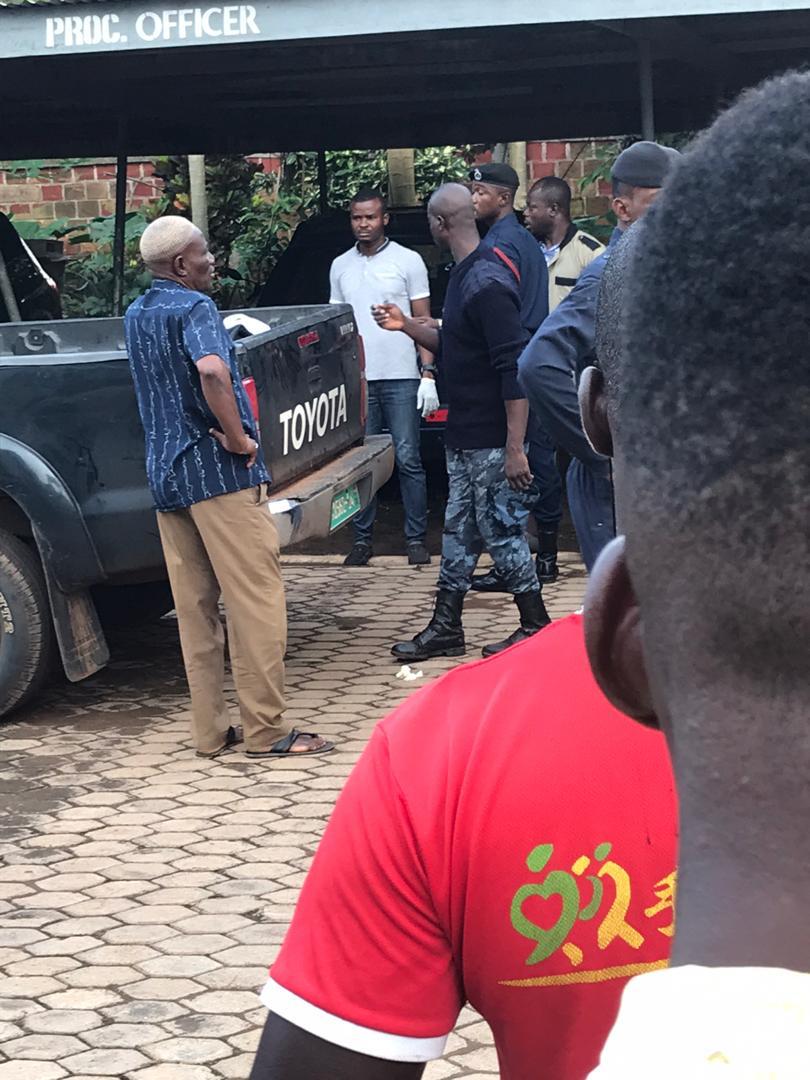 A security guard with name withheld at the Sunyani Technical University was gruesomely murdered within the school entrance by an unknown criminal.

The incident which is believed to have occurred midnight was not noticed until about 6:00 am the following day when the staff of the institution resumed for work.

The strange happening was reported to the Police in Sunyani and on their arrival, they found the security dead in a large pool of blood.

The Police who confirmed the incident to stunewsroom.com revealed that the deceased was stabbed several times and that caused his instant death.

However, this comes on back of several similar criminal activities within the area amidst a series of students been robbed and brutalised.

Students of Sunyani Technical University have expressed serious reservations about the work of the police within the Sunyani Municipality.

Meanwhile, our checks have revealed that despite the high crime rate in the area, the district is the most under-resourced in the region.

The mortal remains of the security personnel have since been deposited at the Sunyani Regional Hospital for autopsy.