Kuulpeeps – Ghana Campus News and Lifestyle Site by Students
Home POP CULTURE Music #ThisIsTema: Sarkodie Proved To Us Why He Is The Legend With A...
Facebook
Twitter
WhatsApp 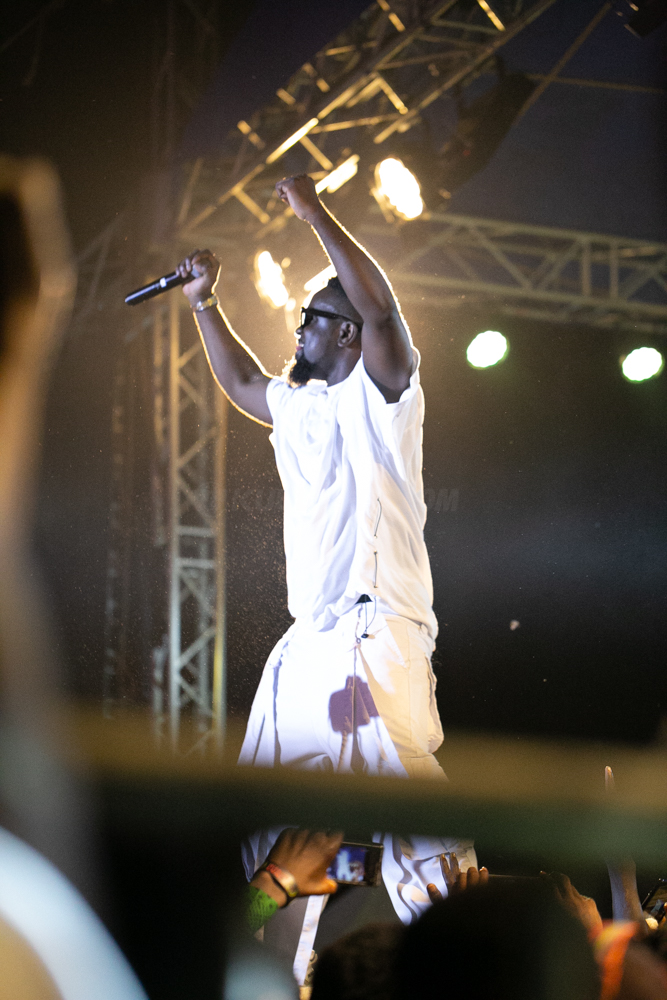 Sunday was the church service we all wanted and Sarkodie delivered with the best of performances.

Almost every artiste in Ghana graced the staged. The Chemu park (Community 1) was filled having fans jamming to the sounds as far as the filling station.

The program started on schedule due to the number of artistes billed to perform.

Barima Shawn Bills and Abeiku Sarkcess were the MC’s for the show with DJ K Crakk as the official DJ for the night. The whole set up transformed the chemu park into a capacity filled event ground.

The SarkNatives of Tema came in their numbers to support their own.

We had some performances from Cj Biggerman and Coco Trey who stirred up the crowd with Chukuchuku and Fine boy no dey pay respectively.

The crowd at #ThisIsTema were very receptive to all the artistes, they comported themselves no throwing of things on stage. The security at the event did their best to control the crowd. Some of the artistes who performed that night were Sefa, Lord Paper, Kofi Kinaata, Tulenkey, Edem, Epixode, Medikal, Stonebowy, Opanka, Kwaw Kese, Dopenation, Kidi, E.L, Joey B, La Meme Gang, Kwesi Arthur, R2bees and Sarkodie

There was a little stampede at the event grounds but was later brought under control by the Police and Military professionally. After calm was restored the fun continued to jam as if nothing had occurred, there were no injuries.

Shortly Sarkodie came on stage with an epic entry and we loved every bit of it. The Crowd went wild because the King was on Stage all those tired of waiting regained their energy and started jamming to his Tracks he gave us back to back hits and we enjoyed it.

These artistes were the Highlights of the concert (in Pictures)