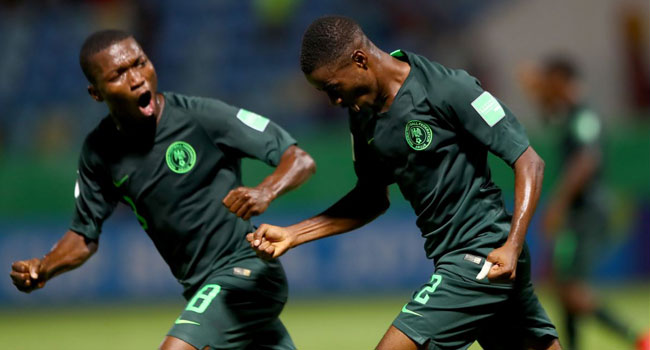 Four African teams are participating in the 2019 FIFA Under-17 World Cup currently ongoing in Brazil. They are Nigeria, Cameroon, Senegal, Angola – the last two being debutants.

The tournament, the 18th edition, is taking place between October 26 and November 17 across four venues in three host cities – Gama, Goiania and Cariacica.

There are 24 teams across six continental federations. Brazil was giving hosting rights after Peru was stripped off the rights due to lack of preparations.

It is the first time Brazil is hosting the contest at this level having previously hosted the main World Cup twice.

Nigeria’s Golden Eaglets were the first African side who took on Hungary in opening day fixture. The Eaglets took 2 – 1 lead at half time and scored thrice in the second half to end the game 4 – 2.

Angola also prevailed over New Zealand in their first game posting a 2 – 1 victory. It, however, took an own goal by the New Zealand side to secure the three points.

Senegal on Matchday 2 succumbed to an early goal from the opponents, the United States; they rallied back to hit four past the Americans to secure a 4 – 1 victory.

The last African side, Cameroon, begins their campaign on Monday (October 28) with a clash against Tajikistan.