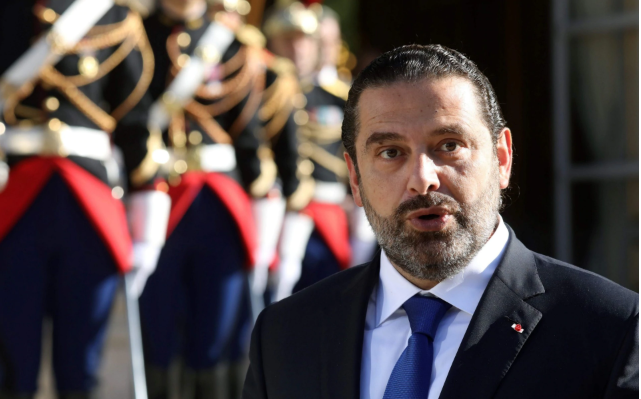 Candice van der Merwe met Mr Hariri at a private resort in Seychelles in 2013 when she was 20. The married father-of-three, who is Lebanon’s most powerful Sunni politician, was 43.

When asked why Mr Hariri gave her the money, she responded that they had begun a romantic relationship. “I have also been told I have a very engaging personality,” she said, in court documents obtained by The New York Times.

The gift would have remained secret were it not for South African tax authorities, who froze Ms van der Merwe’s assets, asking her to explain the change in her fortunes.

She filed suit against them for $65 million in damages, alleging that the hold on her accounts forced her to sell the property she had bought with Mr Hariri’s gift, while the related publicity severed her connection with the Prime Minister.

The court records filed as a result put the details into the public domain. As Mr Hariri gave Ms van der Merwe the money between his two terms as Prime Minister, while not in office, he does not appear to have broken any Lebanese or South African laws.

There are no allegations that the money was linked to public funds, and Mr Hariri, whose personal wealth was estimated at $1.5bn US by Forbes magazine in 2018, is clearly wealthy enough to have sent the transactions from his private accounts.

Staff at Hariri-owned English-language newspaper The Daily Star say they have not been paid their salaries in nearly four months.

Several have left as a result, leaving the publication severely understaffed.

The news of Mr Hariri’s gift came as Moody’s credit rating agency announced it has placed Lebanon’s already low credit rating “under review for a downgrade.”

On Sunday protests against the failing economy and inadequate infrastructure turned violent in the capital Beirut, as protesters blocked roads and set fire to tires.

Mr Hariri has not responded to the reports.