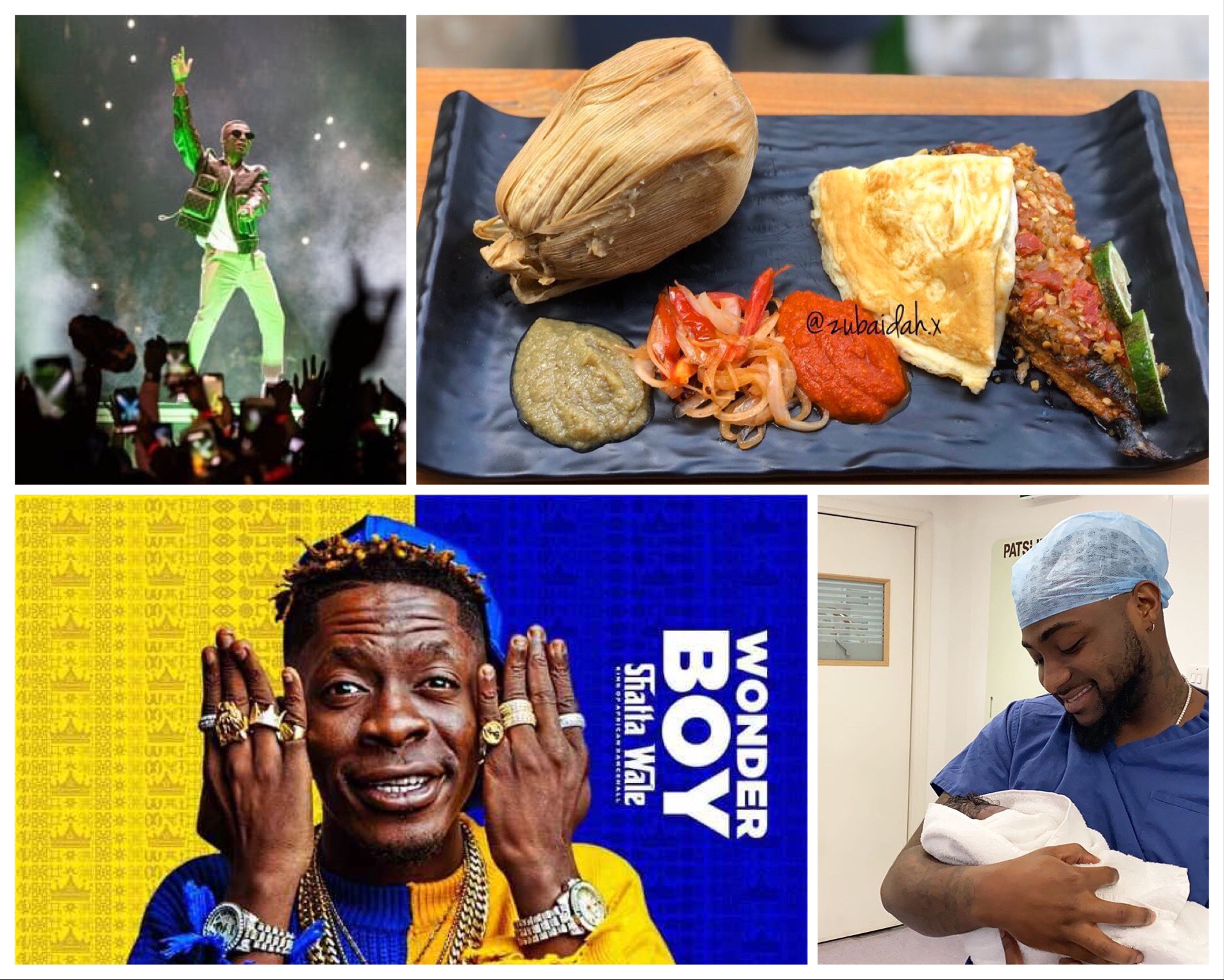 This weekend, a lot happened.

Usually, Weekends are dull and quiet and just laidback but this weekend, everything was happening and it all happened at the same time!

If you slept underneath a rock the whole time or you had no data…abi you are in the office or on campus now? Turn on the wifi let’s keep you up to speed on what happened.

See Also: 14 Things People Who Are Always Late Will Understand

Nigeria had its music awards show, The Headies, Saturday night and most of all the big names in the industry were not even there!

Was there a boycott?

Davido was busy drinking Hennessey and pacing the halls of a hospital nervously while his fiancee, Chioma delivered their baby. On Sunday morning, Davido announced his fiancee had given birth to a cute baby boy who has been named David Adedeji Adeleke junior.

See Also: Davido Shares Picture Of His Newborn Son With His Fiancée, Chioma

While Davido was becoming a Daddy, where were the other artistes?

Wizkid had carried all of them to London for his Starboy Fest. From Burna to Tiwa Savage to Runtown, Naira Marley…everyone was with Wizkid.

The concert, which was held on Saturday, 19th October in the UK broke records again with Wizkid filling the entire O2 Arena!! Reports say the place was filled to capacity, with people standing outside, hoping and waiting to get in.

He performed the Brown Skin Girl with Beyonce (No, she wasn’t there) and the videos we saw…beautiful!!

Naira Marley, the new and definitely one of the artistes making all the wave in Nigeria was with Wizkid at the StarboyFest and his mooooves!!! Ei! Mans did the zanku and told a whole story with it.

Know who else had the moves? Burna Boy! While he was being named as Nigeria’s Artiste Of the Year at The Headies, the African Giant was giving us some new dance moves with Wizkid.

10/19: Wizkid and Burna Boy dancing at the O2 Arena in London. #StarboyFest pic.twitter.com/H9vlRpheKD

Back at The Headies, Rema won the Next Rated Award after being in the industry for only about 6 months and Teni was busy sweeping award after award…Ugh, we love these two breakout stars!

See Also: How Wizkid Sabotaged The Headies Awards With All The Biggest Naija Artistes At #StarboyFest

Now…let’s come back to Ghana.

While all of these were happening on Saturday in Nigeria and London, Shatta Wale finally dropped his Wonder Boy album and no, Cardi B still isn’t on it and there were no features!

At the Reign concert which doubled as the Wonder Boy album launch, Shatta Wale gave his fans a wild performance of almost all his 1000 songs!

He had supporting artistes too and some of them didn’t leave the show without making news!

Kwaw Kese faced some resistance during his performance. Apparently, the SM Family, just like the North, always remembers… Kwaw Kese got hit with bottles from the crowd while he performed his popular Dondo track. The fans didn’t think he was worthy of being on the Reign stage when he was dissing Shatta Wale months ago on social media.

Fella Makafui also supported her boo, Medikal on stage at the Reign concert and sprayed cash at the crowd because…why not?!!!

Some fans at the Reign concert came to jam but left with Infinix phones and other gifts from Shatta Wale who randomly chose people in the crowd to receive these gifts!

Should we talk about Fantana? She had a little wardrobe malfunction and people wouldn’t let her rest! Apparently, while performing at the Reign concert and Obrafuor’s Back To Taifa concert that same night, what looked like a pad or panty liner got exposed mid-dance and…of course, everyone had something mean to say.

She was accused of singing off-key too and forgetting her lyrics at the Reign concert. The poor girl couldn’t catch a break!

See Also: We Didn’t Forget Any Detail. Here’s Everything You Missed Out On From Day 3 Of The Glitz Africa Fashion Week

The Glitz Africa Fashion Week was amazing and all the fashion enthusiasts in Ghana were there but…the one person who stole the show was Nana Akua Addo. She’s known for slaying so hard everywhere she goes and she didn’t disappoint at the Fashion Week! What a woman!

Take a look at her outfit: Was Nana Akua Addo’s New Look Inspired By Cardi B This Time??

While everything was happening, Ghanaians on Twitter were busy getting mad over something else…Kenkey. A food blogger @Zubaidah posted a picture of Kenkey with mackerel and a fried egg for GHc50 and…No words

The red pepper is lethal! Not for the faint hearted.

(Confession-I was a little reluctant to share this place with you because it’s one of my new favorites and I don’t want it to get too crowded 🙊). pic.twitter.com/dAOQ8EAl06

Everyone else on Twitter had a lot to say tho…

Kenkey with mackerel and fried egg you dey sell am for 50gh eei! And people go there to buy 😱.

I’ll even get 50p change to buy water and Robb toffee!

50gh and I have to peel the kenkey myself?

In this Accra eh, anything wey them slice lime put ein body dey cost😂😂
Coke be 1gh but as soon as them put lime for your glass top the price dey go 10gh straight… This kenkey formation be 5gh but the lime e dey the side make the price go 50gh😂😂 https://t.co/8YZmDO9m8S

Whew… it’s been a hectic weekend and we don’t know about you but, we’d love more eventful weekends like this!