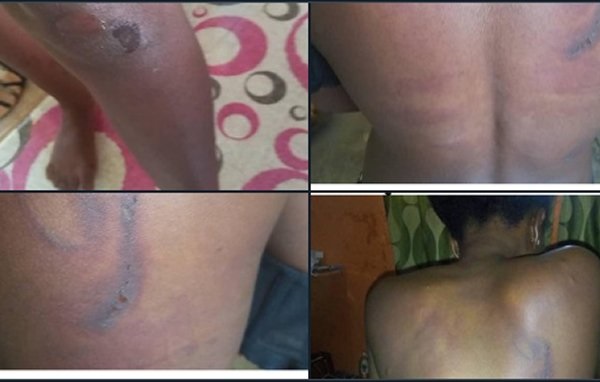 The organiser of the Miss Commonwealth beauty pageant, Princess Duncan and four others are to be put before court for causing harm to a past contestant of the pageant, Nana Ama Essien.

This follows a recommendation by the Attorney General’s Department for the suspects to be tried for three offences; conspiracy to commit crime to wit trial by ordeal, trial by ordeal and assault.

The victim, aged 24, who was the third runner-up of the beauty pageant held on September 7, 2019, in Accra, sustained some injuries after she was allegedly stripped naked and assaulted with an implement she claimed was a cutlass.

See Also: Beauty Queen Reportedly Tortured In A Shrine Because Of A Missing GHS 500

It followed allegations she was behind a series of theft cases that occurred during the contest including the loss of GHS500 belonging to another contestant.

According to Sgt Gomado, in a telephone interview that Nana Ama Essien, who initially lodged a complaint with the Kaneshie District Police Command in Accra was referred to the Eastern Regional Command, and she lodged the complaint on Friday, October 11, 2019.

He indicated that Nana Ama Essien, who sustained some injuries on her knees and back initially lodged a complaint at the Kaneshie District Police after which she was referred to the Koforidua command leading to the arrest of Princess Duncan, her pageant operations manager, Isaac Evra, a Kukurantumi based fetish priest Yawo Sofahu, popularly known as Togbe Shittor and two of his servants.

Nana Ama had alleged that Princess Duncan dragged her to the shrine in search of the missing GHC500, where two male servants of Togbe Shittor allegedly assaulted her with the back of a cutlass after a boiled egg they gave her to throw into the wind did not break like a fresh egg.