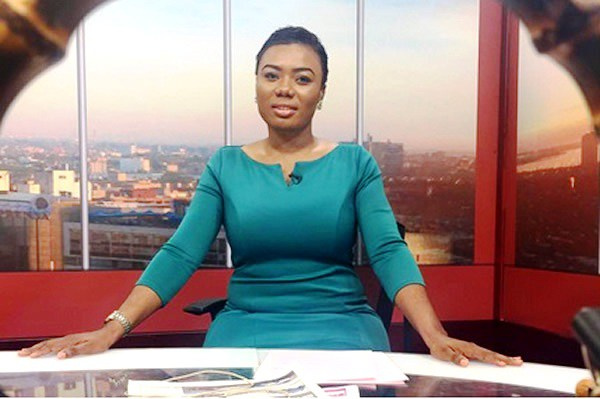 She tweeted her opinion which some say was a response to the viral video of two women fighting at the mall because one caught her boyfriend with the other.

See Also: Take A Look At The Full List Of Winners At The 2019 RTP Awards

“I have a problem with women who fight other women over boys! If you’ve caught your man with another woman, team up with the woman and deal with the he-goat! It’s is that simple,”

This tweet caused an outrage on Twitter. A lot of people accused her of attempting to instigate violence against men.

They went with the argument that if roles were reversed, women would have screamed murder for suggesting two guys team up to beat a girl.

See Also: Pay Attention To These 8 Very Dangerous People You Should Fear And Stay Away From!!

Bridget didn’t take their responses lightly. She went ahead to diss anyone who dared respond to her tweet with any response she felt was abusive.

She went a step ahead, sliding into people’s DMs to insult them and then, block them. Screenshots were everywhere and if anyone doubted it was her doing that, she tweeted the reason why she was in DMs insulting people was that she did not want to give them the attention they ‘so desperately seek on the TL’

Some of the users shared screenshots of Bridget Otoo in their DM, blocking them before they even got the chance to respond. Their solution was to start a petition to get Bridget Otoo’s account suspended but not by just reporting the account but by getting 5000 signatures as proof that she is a danger on the Twitter platform.

The petition started yesterday, 15th October but as at this morning, there were just 3,692 signatures out of the targeted 5000. 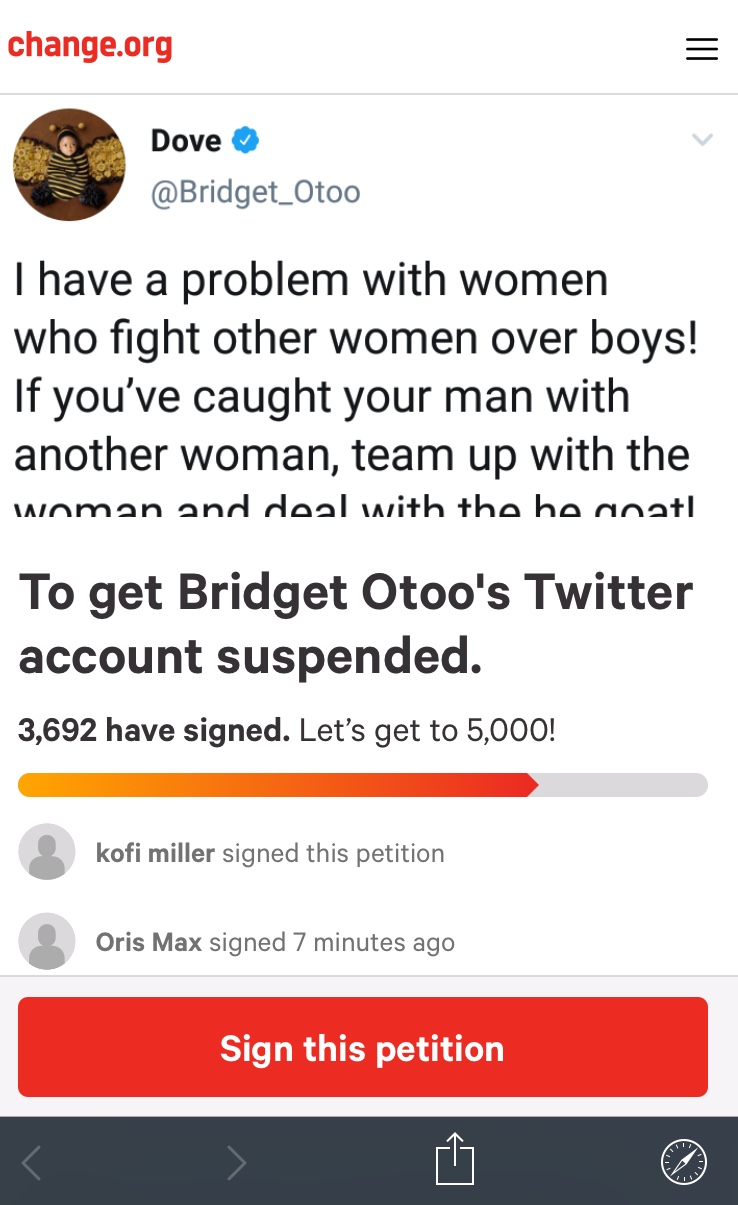 Some Twitter users have raised important questions. What happens if Twitter ignores this petition or investigates and sees nothing wrong? 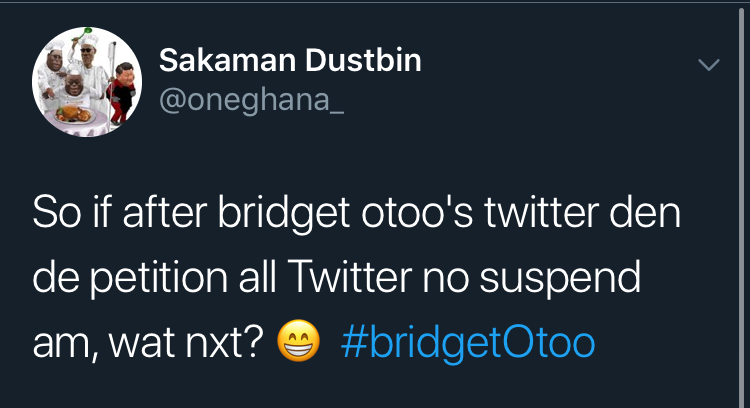 We wait to see.

For now, let’s see if the 5000 signatures will be achieved.