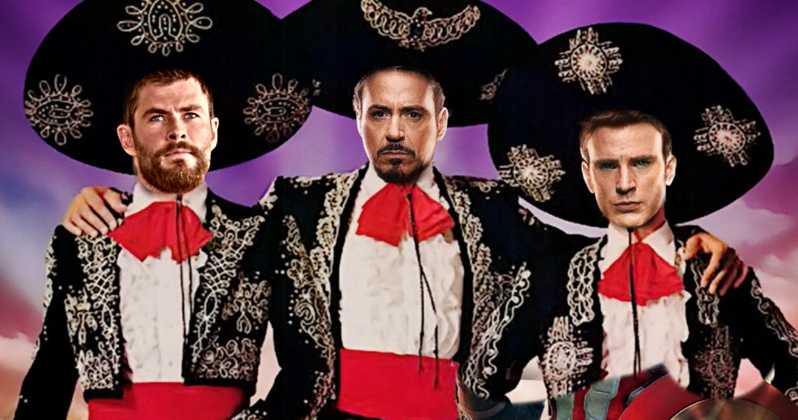 Avengers: Endgame marked the last time star Chris Hemsworth, Chris Evans, and Robert Downey Jr. will all headline a movie together for the foreseeable future, but Hemsworth likes the idea of the three reuniting for a modern take on the cult classic comedy Three Amigos!. In the Marvel Cinematic Universe, the actors are of course well-known for playing the beloved superheroes Thor, Captain America, and Iron Man. After appearing in many of their own movies, the three would co-star in many MCU crossovers, most notably in the Avengers series. Now, Chris Hemsworth believes their on-screen chemistry could carry over well to a comedy along the lines of a new version of Three Amigos.

“That was so sad about kind of finishing Endgame, was just ‘Were we ever going to get to hang out again?’ And I immediately started thinking ‘What else could we do?'” Hemsworth told fans at ACE Comic-Con Chicago. He adds: “We could remake the Three Amigos or something.” While there may not be any serious discussions behind the scenes for an updated version of Three Amigos, the suggestion from Hemsworth nonetheless brings up an interesting concept. Even though the idea of rebooting any classic brings about a wave of controversy, many fans of Marvel are voicing their support for this particular pitch by way of social media.