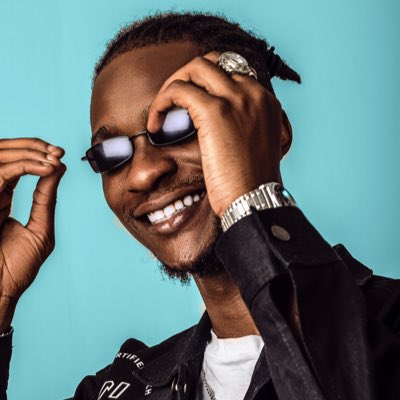 Last year we talked about how the La Meme Gang was pushing each artiste within the collective and this year they proved us right but in a much much better way.

See Also: Shouts To The Real Bros, La Meme Gang. They Give Us Goals And Hits And We Are Here For It All!

This year, the group has done a great job, giving fans the chance to connect with each artiste individually.

This year, it wasn’t really about the collective but the individual artistes.

Kiddblack first kicked off the year with an EP with Moorsound, Nxwrth surprised fans with his very own EP and now, $pacely has given us his project, an album titled “Fine$$e Or Be Fine$$ed”

The album is a pretty dope album. The chance to listen to that unique voice on the La Meme Gang’s music together was enough to get us excited and when he dropped a couple of singles, we knew that the album will be something special.

The album gives us a firsthand introduction to the artiste, $pacely. The first four songs are the $pacely we know. They all have that hip-hop and trap vibe that work so well with his voice and naturally gets everyone hyped.

After the fourth track featuring Joey B, the tracks got interesting. The songs were lighter, softer with more emotion. A different side to the shirtless hyped artiste jumping on stage at every concert.

On the song, ‘Ready’, $pacely messed around with that Kayso produced light Carribean beat where he sang about the love of his life, for us, the album really started with ‘Sweet’, a song featuring Nigeria’s Odunsi that sounded exactly as the song title says.

‘Show Me’ is the best song on the album. Hands down. After the first listen, we had to replay it over and over again because… WHAT A SONG!?!  It’s afrobeats but it’s also highlife. The trumpets, the drums… the production was more than perfect and $pacely and BOJ’s vocals merged so well we forgot there were two people on the song.

This is a timeless song that will no doubt, still be just as good, years from now.

Another song we cannot forget in a hurry is ‘Somimu’. It dropped a few days before the album was released and it’s a huge vibe. The Moorsound produced song caught us off guard but in a good way because Moorsound is known for his hip-hop beats but this… this was different. The mellow love song featured Magnom and Cina Soul and to be honest, Cina Soul stole the ‘show’ on this particular song. Perfect vocals… smooth… she deserved more time on the song to be honest.

See Also: Homowo Starts Tomorrow But First, Can We Stop And Pay Attention To The Manye, Cina Soul’s New Song?

The album practically breaks into two genres. The first part is hip-hop fueled and the last ones are Afrobeats. We love how the afrobeats also broke down into the sweet soft genres with the last two going back to the $pacely style we know and love.

For his first body of work, $pacely did amazing and he did a great job at picking out the features. They all flawlessly did their job and honestly, there’s no bad song on this album.

Now when he says “$pacely finesse am”, we get what he means

Get the album on all streaming platforms here: Fine$$e Or Be Fine$$ed