Makeup trends go in and out of style, like everything else in fashion. A look that is considered beautiful today might be considered terrible a few years from now. Still, while fashion might be subjective, there are some clear standouts throughout the history of both good and bad makeup styles. Some of these beauty looks are classics and have been around for generations. Others, however, fall short and are so odd we have to wonder how they ever became popular in the first place. Some of the worst makeup trends are even downright dangerous.

Thankfully, for every makeup trend we wish never happened, history has also blessed us with some phenomenal ways to apply cosmetics, giving us some impeccable makeup styles that have transcended time to become beauty staples. Ranging from the iconic to the bizarre, here are the best and worst of history’s makeup trends. Did your favourite looks make the list?

Okay, glitter is pretty, and we can’t blame anyone for wanting a bit more sparkle in their lives. However, actually applying glitter to your face is a pretty terrible makeup trend. Those little flecks might catch the light and add pizzaz to your look, but they can also blind you. Since each piece of glitter is pretty much a tiny piece of plastic, it can scratch your eye and, in extreme cases, lead to infection and even blindness.

Don’t get us wrong: lipliner can be a powerful thing — but there is a limit to how much should be applied. Just what is that limit, you might ask? Generally speaking, if your liner is too far from your actual lip line, things are going to get messy. Sure, you can make your lips look a little bigger with exaggerated liner, à la Kylie Jenner, just know that you’re not tricking anyone into thinking that’s your natural lip line.

Beauty patches are one of history’s more bizarre makeup trends. While face patches first popped up in ancient times as a way to cover up blemishes and scars, they turned into a fashion craze in the late 16th century. People began wearing black patches on their faces as an accessory.

Patches were stuck to the face with an adhesive or with saliva and were made from black velvet or silk taffeta. They could be small round dots or more elaborate shapes such as crescent moons or stars. While the fad started in France, it expanded to other parts of Europe and remained in vogue for hundreds of years. 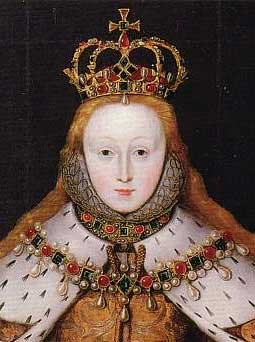 This trend dates back to the days when more people had to work outdoors to make a living. Light skin, therefore, was an indication of social status that showed a person was wealthy enough to not have to labour outside. The quest for lighter skin inspired people to apply lead to their faces. While lead will make your skin lighter, prolonged exposure also causes some pretty awful side effects.

Grooming your eyebrows is one thing, but there’s a huge difference between plucking a stray hair and getting rid of most of your eyebrows altogether. That’s the look that women of the 1920s went for, plucking most of their eyebrows out and then pencilling in ultra-fine brows with an eyebrow pencil. Film stars helped to popularize the trend which endured for years until the 1940s brought back fuller, more-defined brows (via Vogue Australia).

Mascara doesn’t just come in dark shades. There’s a rainbow of mascara colours out there for the most adventurous makeup aficionado, but should there be? While certain shades of colourful mascara can make your eyes pop, most of them look more like they’d only work with a Halloween costume — not with an everyday look. While black mascara makes lashes look longer and fuller, coloured mascara can look clumpy and unnatural. It’s also tricky to find the right shade to complement your eye colour and complexion, which makes colourful mascara a high-maintenance and time-consuming makeup trend.

Jesse Ababio - September 23, 2020 0
The Weeknd has made Billboard history once again, with his previous leader “Blinding Lights” officially becoming the longest-running top five song in...

Vacancy: Epidemiologist/Clinician Wanted At WHO

5 Unhealthy Ways Ghanaian Men Get Over A Breakup Which Actually...

How Well Do You Know Stonebwoy’s Hit Songs?