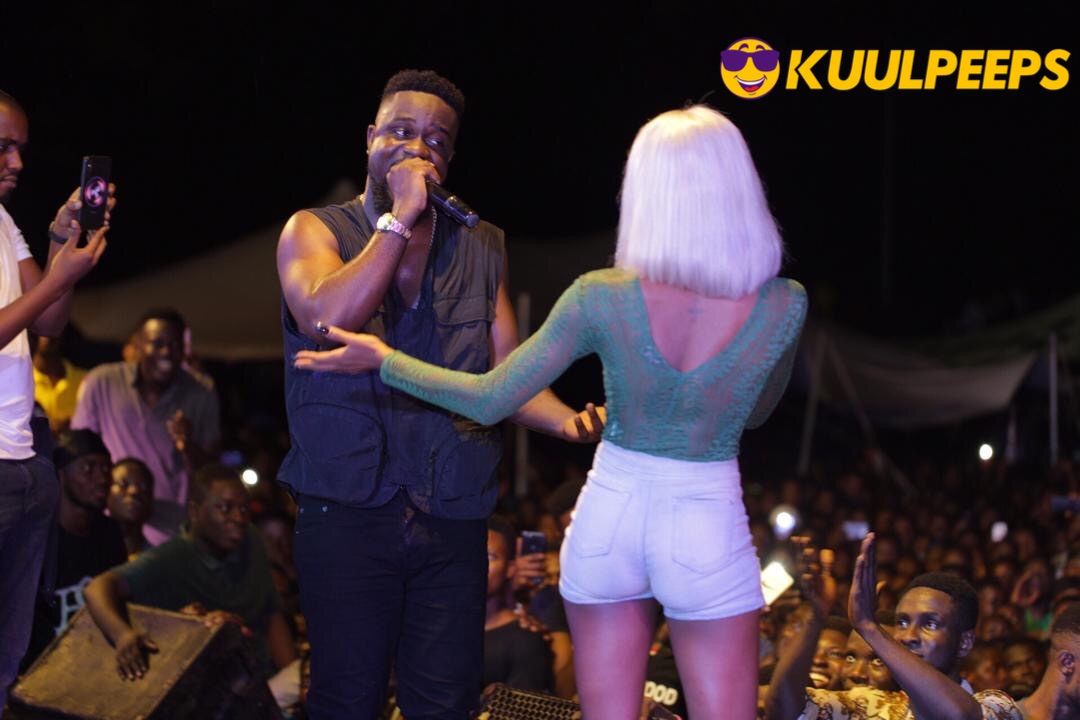 Road to Detty Rave UCC was a blast last week, but this Saturday was something else in KNUST.

The concert which pulled a lot of students to the KNUST Parade Grounds was all sort of awesome with the longest list of artistes which included Joey B and Sarkodie.

The night began with a performance by Lord Paper who gave such a beautiful performance. We later saw performances from other artistes including Coco Trey, J Derobie and Tulenkey who gave us back to back jams and y’all know we screamed the Fvck Boys anthem till our throats went sore!

See Also: Photos: Everything You Missed At ‘Road To Detty Rave’ UCC

Fameye came on stage and received so much love from the crowd before Lil Shaker and Kojo Cue came in with some good vibes.

Joey B later showed up with an electrifying performance as usual and surprised us by introducing some members of the La Meme Gang to join him on stage.

See Also: #RoadToDettyRave: How To Get Detty Rave Tickets For Just GHS 50 In The Next Few Weeks

King Promise was introduced on stage and he proved to us why he’s the ladies man and finally, the moment everyone was waiting for…Sarkodie came on stage and lit the place up!!!

King Sark rocked the stage with back to back hits performing for over an hour. He also gave us a sweet surprise when he introduced the one and only Efya on stage right before his performance ended.

Road To Detty Rave KNUST was even bigger than the UCC edition and we have no choice than to believe that the Legon edition next weekend will be mind-shattering!!