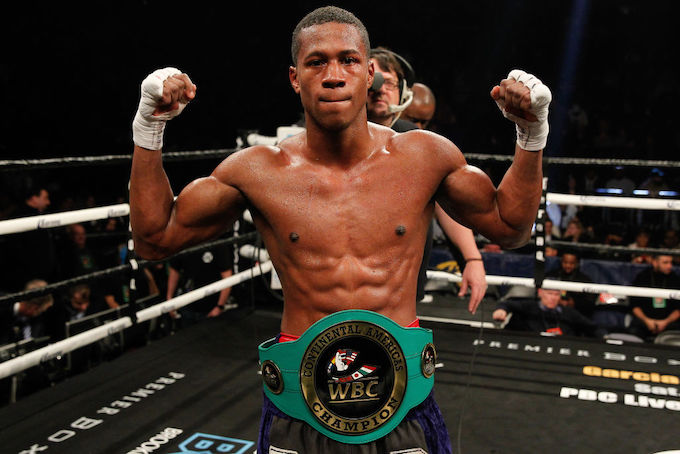 Every now and then, we’re reminded of how dangerous boxing can be. Junior middleweight Patrick Day is reportedly in a coma after receiving emergency brain surgery following a vicious 10th round knockout, Saturday night.

Day, 27, was knocked out with a brutal left hook by Charles Conwell at Wintrust Arena in Chicago. The middleweight was knocked out cold in the 10th round and needed medical attention.

Thoughts are with Patrick Day who was just carried out on a gurney following this brutal KO at the hands of Charles Conwell #boxing #UsykWitherspoon pic.twitter.com/jiONXfU9Oc

Day was placed on a stretcher and rushed to Northwestern Memorial Hospital in an ambulance. He suffered a seizure before he was taken to the emergency room, sources told ESPN. Day slipped into a coma at some point during his time at the hospital and placed on a breathing tube. However, reports are unclear if doctors placed him in a medically induced coma to help with any swelling on the brain.

This knockout is the junior middleweight’s second consecutive loss. His current record stands at 17-4-1, with 6 KOs. His opponent, Conwell, was listed as 11-0, with eight KOs, after the fight.