Shatta Wale has been teasing his new album, Wonder Boy for a while now.

The album, which is set to be released on the 19th of October, has been trending and the album launch concert which will happen on the same day has almost all the big names in the music industry performing.

Yesterday, GNC reported that, according to a source close to the dancehall King, the tracklist is the reason Shatta Wale named the album “Wonder Boy” and even hinted at Cardi B will be featured on the album.

Well, the tracklist came and…there’s no Cardi B.

In fact, there is no feature on the tracklist! 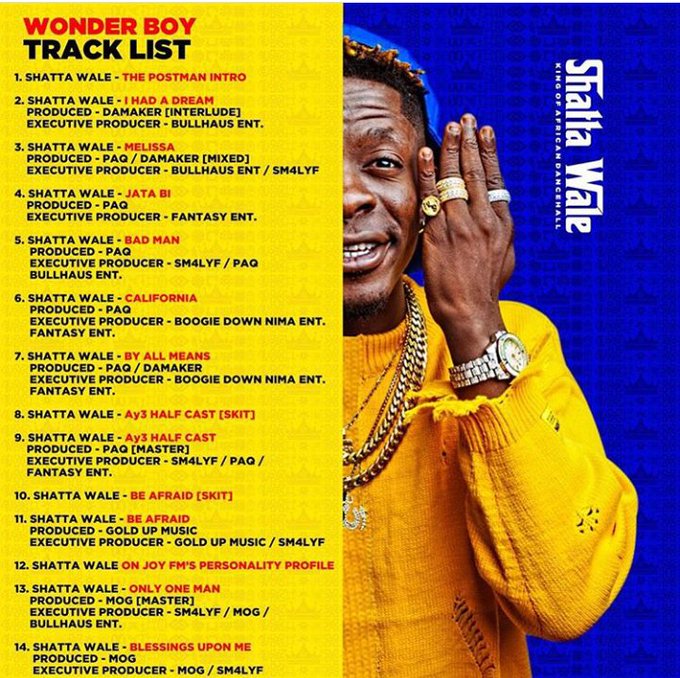 Either Shatta Wale is keeping the suspense alive by keeping the features to himself or, he’s ready to pull a J.Cole with no features!!

Either way – we’re here for it!