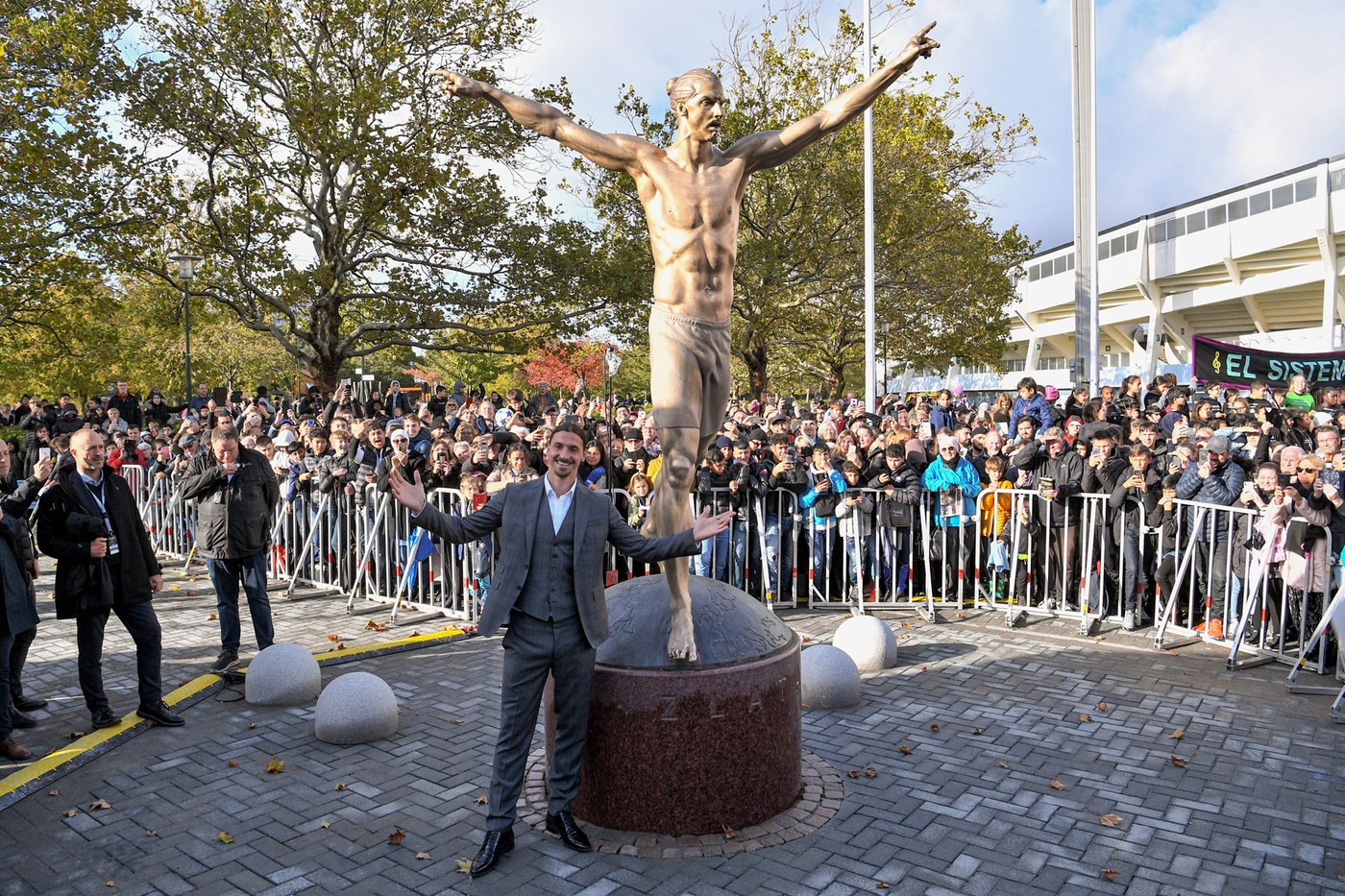 Following statues for Lionel Messi and Cristiano Ronaldo, the latest footballing star to be immortalised in bronze is Zlatan Ibrahimovic. 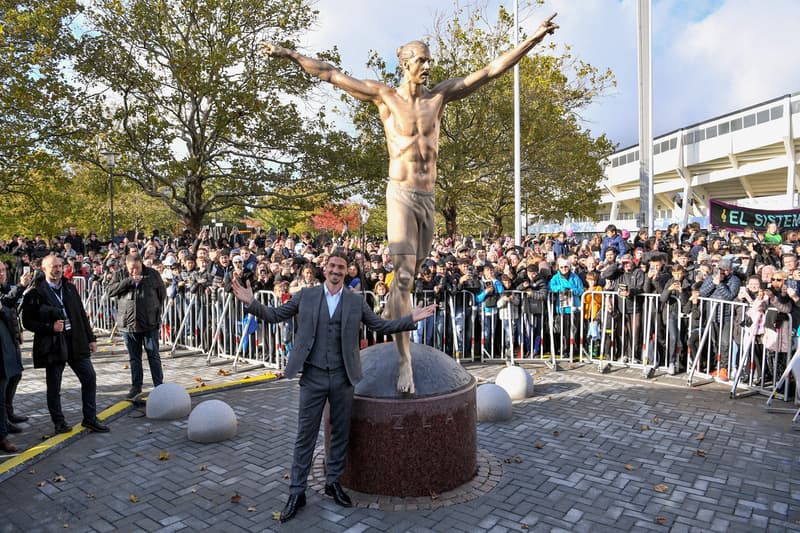 Located in Malmo, Sweden, the shirtless statue created by Swedish artist Peter Linde measures nearly nine feet in height and close to half a ton in weight. Commissioned by Sweden’s football authorities to honour their record goalscorer, Zlatan himself was there in person for the reveal ceremony. Malmo is a fitting place to house the statue considering it is Ibrahimovic’s hometown and where he started his professional career back in 1999.

The 38-year-old LA Galaxy star posted a picture of him alongside the statue on Twitter along with the caption, “We are Zweden!!!” The former Sweden international teased the statue’s creation back in December 2016 on IG with a picture of the plaster cast and stated, “When you come to New York you have the Statue of Liberty when you come to Sweden you have the Statue of Zlatan.”