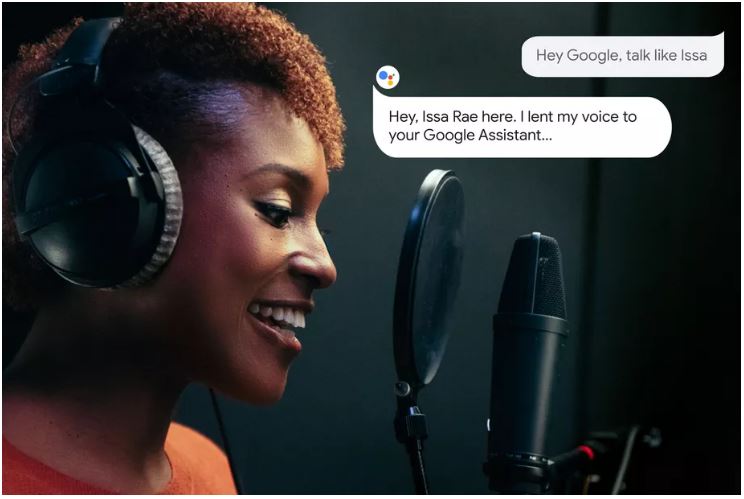 Issa Rae has joined the small club of celebrities to lend their voice to Google Assistant. Starting today in the US, the Insecure creator’s voice will be available to make a cameo through the Google Assistant app on iOS and Android, as well as on Google Home speakers and various smart displays, like Nest Hub, Nest Hub Max, and Lenovo Smart Display. Rae’s voice is available for a limited time.

To switch from your current Google Assistant voice to Issa’s, you can do so by saying “Hey Google, talk like Issa,” or by switching the settings within the mobile app. Just as for the voice of John Legend, the only other celeb whose voice is available for Google Assistant, there are specific queries that will trigger a unique response from Rae.

Here’s a list of sample commands, straight from Google: 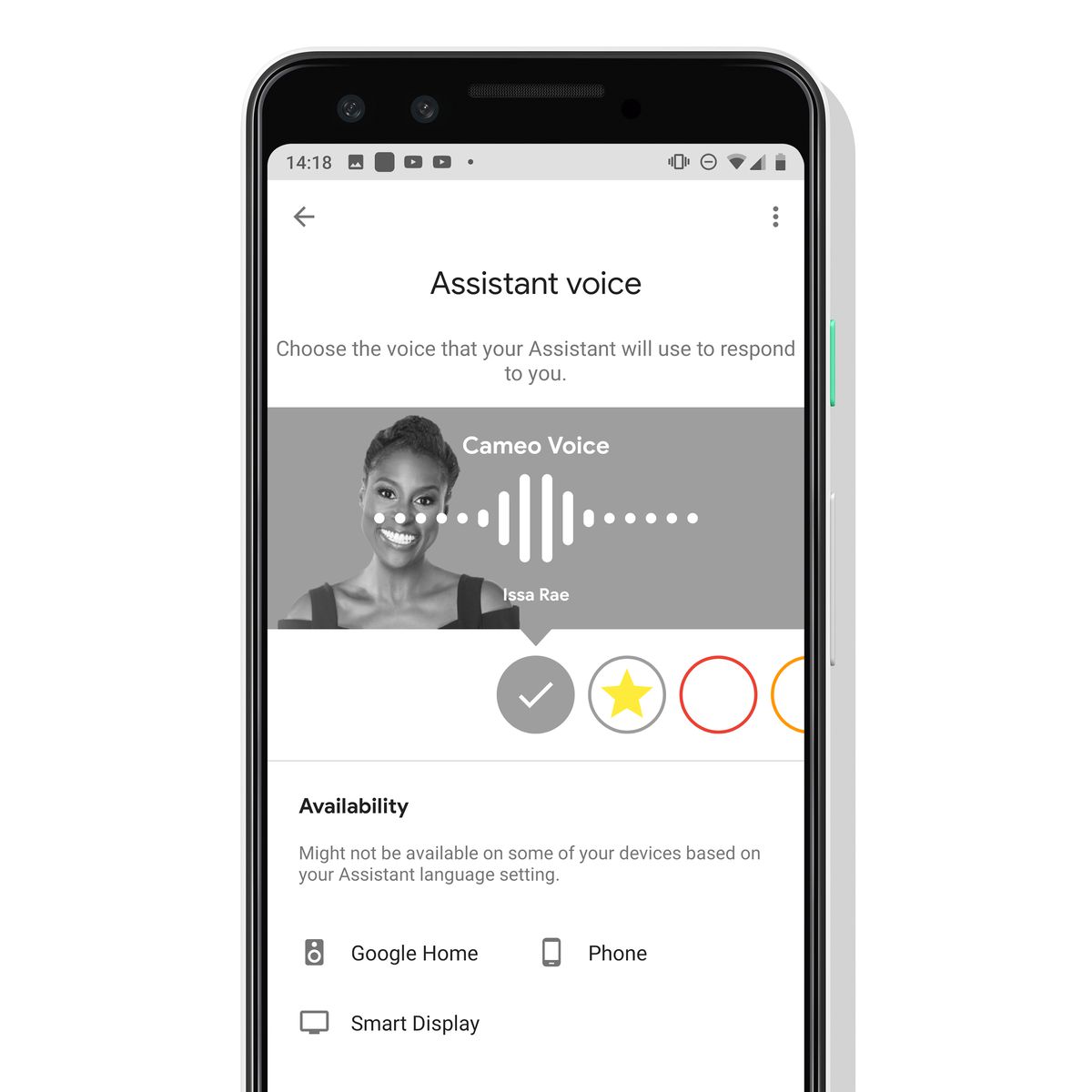 There are a few other special responses Issa recorded, and Google says you can ask “Hey Google, do you love Daniel or Lawrence more?” or “Hey Google, tell me something awkward.” But beyond a few easter eggs, everything else will be handled by your standard Google Assistant voice of choice.

This approach differs from how Google implemented Legend’s voice. Much of Legend’s likeness wasn’t recorded; it’s simulated through WaveNet, Google’s DeepMind voice synthesis tech. Instead of going through the effort of recording responses to all sorts of requests, then having to sort through them all to find the match for your specific query, the AI does all the hard work in real-time.

It applies Legend’s voice model in a natural way to give responses that weren’t recorded in the studio, and as a result, the singer’s voice can be heard answering all sorts of questions.

Having Issa’s voice as an option is great, but the rollout of celebrity voices on Google Assistant has transpired slower than I thought it would. Amazon recently announced it will soon offer Samuel L. Jackson’s voice as a replacement for the standard Alexa voice.

It’s promising a clean or explicit voice option for the actor, and it will be available for 99 cents starting later this year. So in other words, the race is officially on for Google to add more celebrity voices to its own smart assistant.