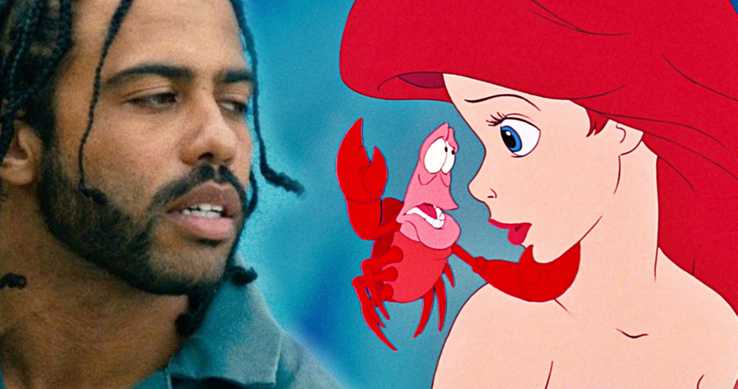 Disney’s the Little Mermaid may have just found its Sebastian, as Daveed Diggs is reportedly in talks to play the role. Known primarily as the vocalist of the hip hop group Clipping, Diggs has also won both a Tony Award and a Grammy for his work in the musical Hamilton.

Additionally, he has appeared in a recurring role on Black-ish and wrote and starred in the 2018 movie Blindspotting, which earned him a Best Male Lead nomination at the Independent Spirit Awards. He has also appeared in the Netflix movie Velvet Buzzsaw and has been cast as Frederick Douglass in the upcoming Showtime series The Good Lord Bird.

If cast, Daveed Diggs would join Halle x Chloe singer Halle Bailey as a part of the cast of The Little Mermaid. Other names reported to be in talks for certain roles include Melissa McCarthy as Ursula the sea-witch, Jacob Trembly as Flounder, and Awkwafina as Scuttle. Harry Styles, Cameron Cuffe, and Jonah Hauer-King have all also come up in the news as possible names in contention to play Prince Eric, but the role has yet to be officially cast.

Additionally, Javier Bardem was reported to be in the running to play Ariel’s father, King Triton. As the project will reportedly start shooting this spring, the project should be officially finalizing more of its cast members in the near future.

BBNaija Season 6: Interesting Facts About All 22 Housemates That You Should Know

Michaela Coel’s “I May Destroy You” Bags Nine Emmy Nominations

KuulpeepsBingelist: Too Hot To Handle And 5 Other Dating Reality Shows You Need To see Right Now

July 28, 2021
New Comma is an inspiring new platform that is geared towards helping young African creatives find a pathway into their respective creative industries. With...