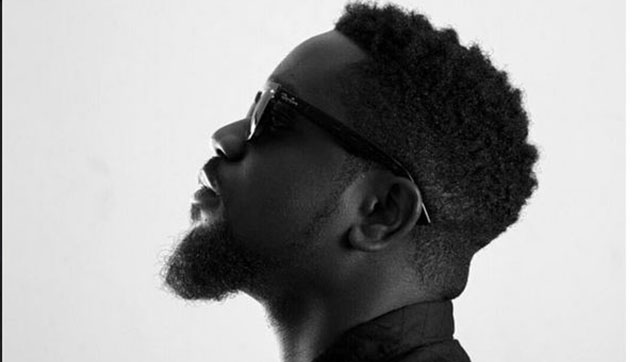 We have so many questions about the video, how it was all executed and the weird problem with the sound that kind of messed up the French rapper, Kalash’s flow and almost hurt King Sark but…nothing stopped him from delivering his powerful message.

Clearly, Sarkodie remembers the backlash he received the day he went on a BET cypher and rapped this line “I’m the missing ingredient, call me the Irish Cream”

We got to see Sarkodie’s part of the cypher and…we are so glad we did!!

Veering away from any Irish Cream lines, Sarkodie went the ‘woke’ and ‘conscious rap’ route and used the platform to ‘advise‘ Africans (He’s really good at that right?)

Sarkodie started his verse with an appreciation for African woman in all her glory and then went ahead to drop some hard truth.

He didn’t say any anything about being the best rapper alive, he didn’t talk about his struggles in Tema, he rapped about the truth that is hurting Africa.

He referred to how we (Africans) started off as slaves, got free and started handling our own affairs but he added that slavery still exists, in a different form. He talked about how the ‘White man’ has ditched his guns to control us and instead is using the weapon of the mind to keep Africans enslaved.

“But we not free totally we still in the matrix. Slavery’s in stages, seesei yedru stage 6”

He explained that even though we think we are free, we really aren’t because for a nation that claims we are free, we see huge corporations running things in Africa and they are owned by the white man.

He talked about how we have been brainwashed to think the ‘White man’s version of beauty is what we think is ideal and referred to how we have absorbed their culture, taking pride in foreign names instead of our own meaningful local names.

He threw jabs at us, as Africans rapping about how we have immersed ourselves in self-hate, killing each other when of course we aren’t the enemy.

He explained what being FREE in actuality is just in case we forgot, that being Free is when…

“We still have a choice but we still ain’t free”

“Free is when we decide for ourselves”

“Free is when nobody controls our wealth”

“Free is when people stop controlling our wealth”

He ended it all with a call to action to Africans to push for ‘free’ before it’s too late.

If you ever thought Sarkodie was using his influence for nothing, now is the time to believe once again that there is a reason he has been referred to as one of the greatest to come from Ghana.