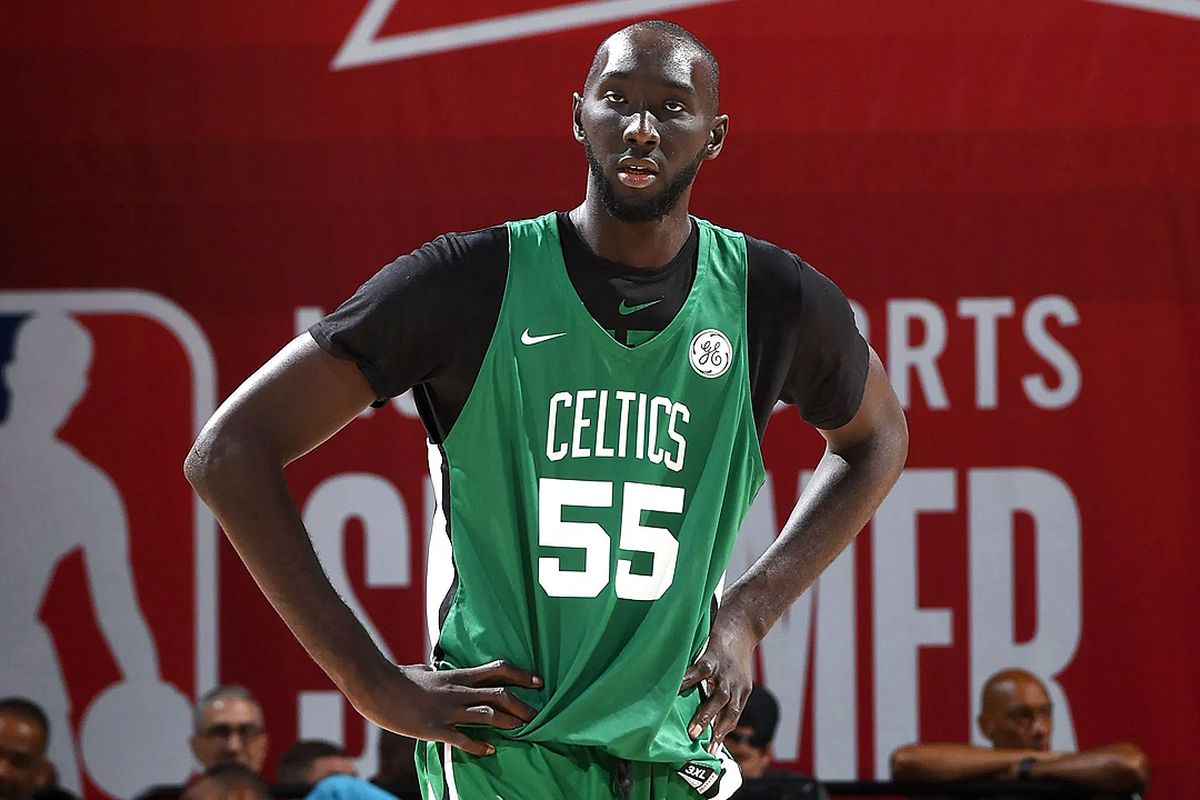 Senegal’s Tacko Fall, will become the tallest basketball player in the United States’ NBA, should he make the Boston Celtics’ 15-man roster for the upcoming season.

The 23-year old centre is 7ft 5in, which is just two and half inches shy of retired Romanian player Gheorghe Mureșan, the league’s tallest ever player.

See Also: Amida Brimah Becomes Second Ghanaian Born To Play In the NBA After Signing For The Indiana Pacers

Fall was signed by the Celtics earlier this year, when he recorded the highest marks ever for wingspan (8ft 2.25in), standing reach (10ft 2.5in) and height with shoes (7ft 7in) at the NBA Draft Combine.

Fall, who was born in Senegal’s capital, Dakar only started playing basketball at the age of 16, when he moved to the United States.

“I am just a little kid from Senegal, I barely started playing basketball six years ago.”

Although Fall says he preferred watching cartoons to playing basketball when he was younger, the sport has now become his primary focus.

“Now, basketball is my life. If I don’t play for one day, it drives me crazy,” Fall said, in an interview with the BBC.

“I feel blessed. I am just a little kid from Senegal, I barely started playing basketball six years ago. God truly blessed me.”