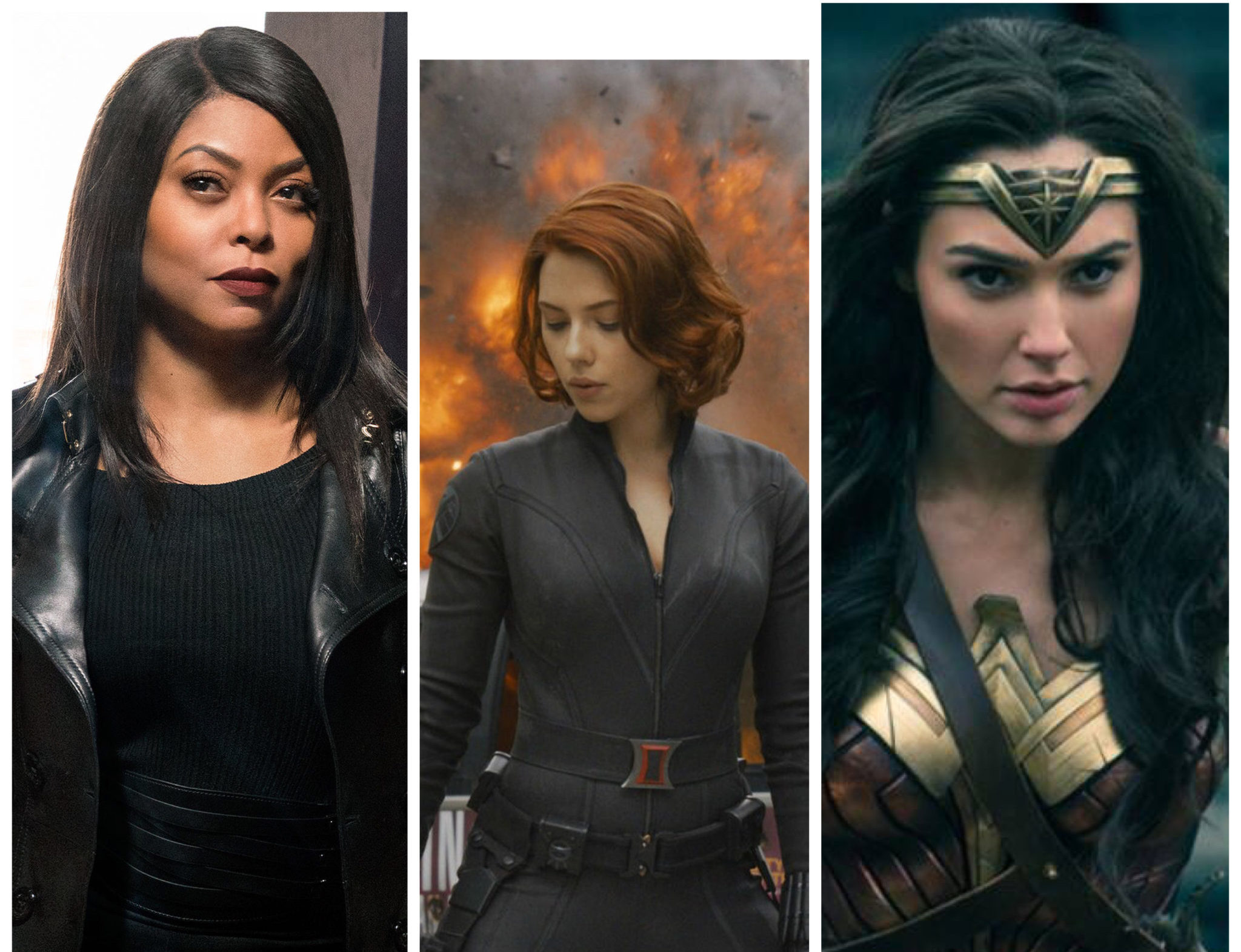 Ladies, what motivates you to get into shape? To attract a guy? To maintain good health? To land a starring role in an action hero movie? Most likely that last one. The actresses on this list certainly agree. Here are 10 women who whipped themselves into shape for leading movie roles.

1. Daisy Ridley – Star Wars
Daisy Ridley understands that when you are training to be a Jedi, you have to look your best while wielding a lightsaber. So how did she do it? Squats, bench presses and an intense workout is the key. And probably using Jedi-mind tricks to convince herself that broccoli is as delicious as fried chicken. 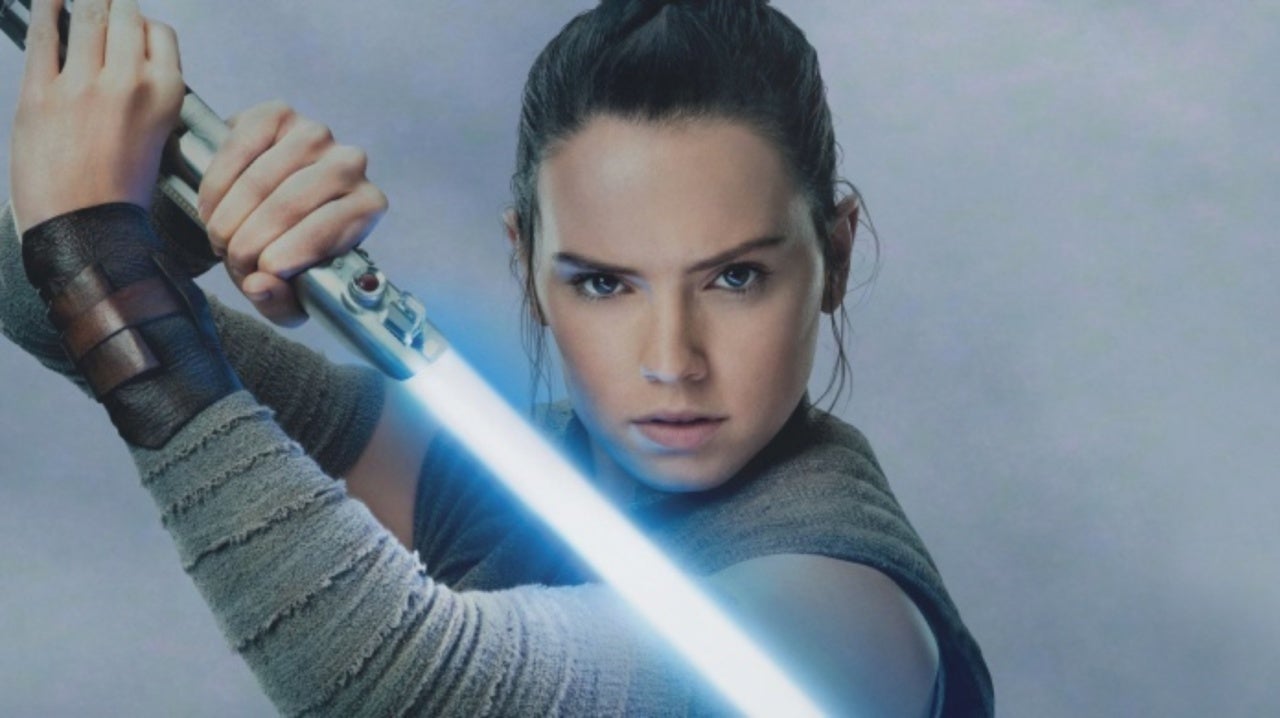 2. Scarlett Johansson – Black Widow
To get into shape as Black Widow in Iron Man and the Marvel Extended Universe movies, Scarlett Johansson got up at 5 am to go running. She also pumped a lot of iron and performed tactical training exercises. She also claims she ate like a rabbit, which we assume means a lot of trips to the pet store for bags of delicious rabbit pellets. 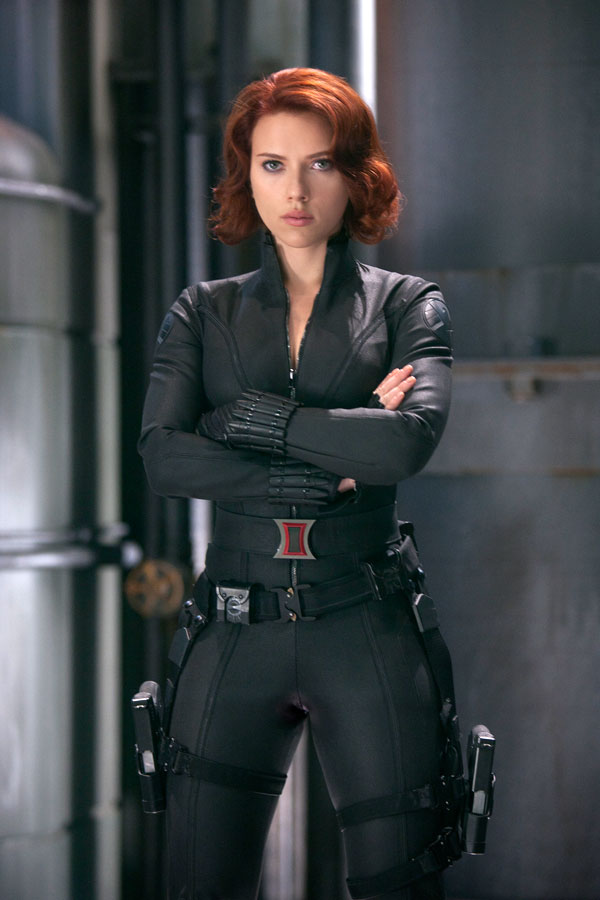 3. Gal Gadot – Wonder Woman
She trained for six months prior to the shoots, and six hours a day. She did two hours of gym work, two hours of fight choreography and one and a half hours – two hours horseback riding, which she said was super hard! She admitted that when people used to tell her, ‘Yeah, I do sport, I ride horses,’ she was like, ‘That’s not a sport, the horse does everything.’ But no! You’ll be surprised, it’s so painful. 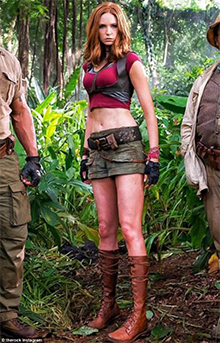 Lifting weights, cardio and jumping rope were some of the ways in which Karen Gillan got herself into shape in her role as Ruby Roundhouse in the 2017 Jumanji reboot. As we all know, the key to survival in the jungle is to wear short shorts and sport a bare midriff, and in that sense, Gillan didn’t disappoint! 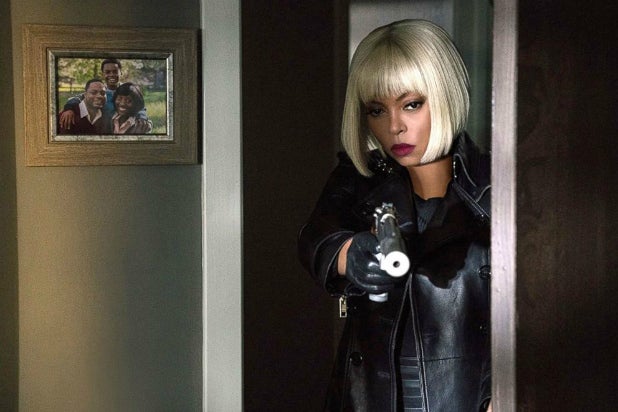 It’s not every day at a 47-year old woman (or man, for that matter) can be labelled the most fearsome person in the room. But in order to play a hardcore professional assassin, Taraji Henson did what she had to do. Aside from intense workouts and combat training, she also had to learn how to drive a car like an aggressive maniac. Or like pretty much everybody who lives in my town. 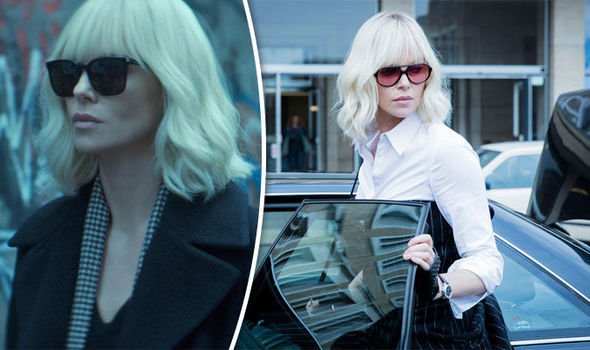 Charlize Theron is tall and blonde. Like a very beautiful Big Bird. But when you’re supposed to be taken seriously as an ass-kicker, looking like a Jim Henson creation is the last thing you’d want. So how did she prepare for a movie that required her to fight a lot? Through four hours a day engaging in the art of beating people up, of course. She actually lost two teeth while training. It might have hurt her looks a bit, but certainly didn’t hurt her credibility. 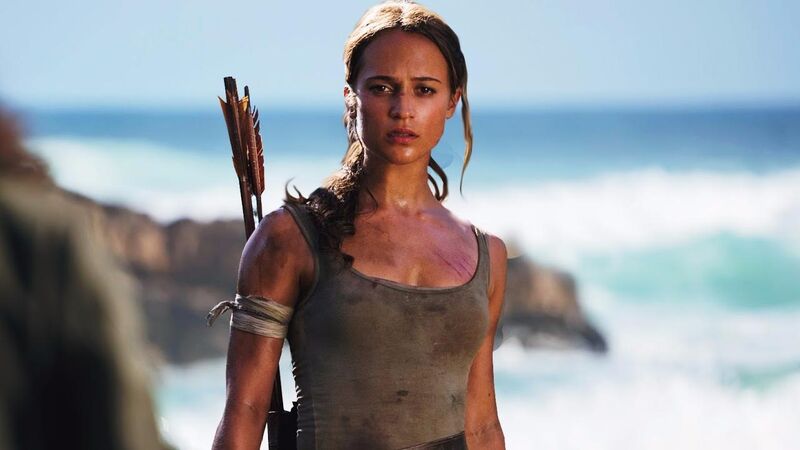 Being Tomb Raider’s Lara Croft means being able to pick on people twice your size and, of course, fit into that tank top and have your hair perfectly in place. On all of those accounts, petite Swedish actress Alicia Vikander deserves a solid 9 out of 10 (the highest score as we don’t give out 10s)! Cycling, boxing, swimming and MMA training were just some of the ways in which she achieved this. 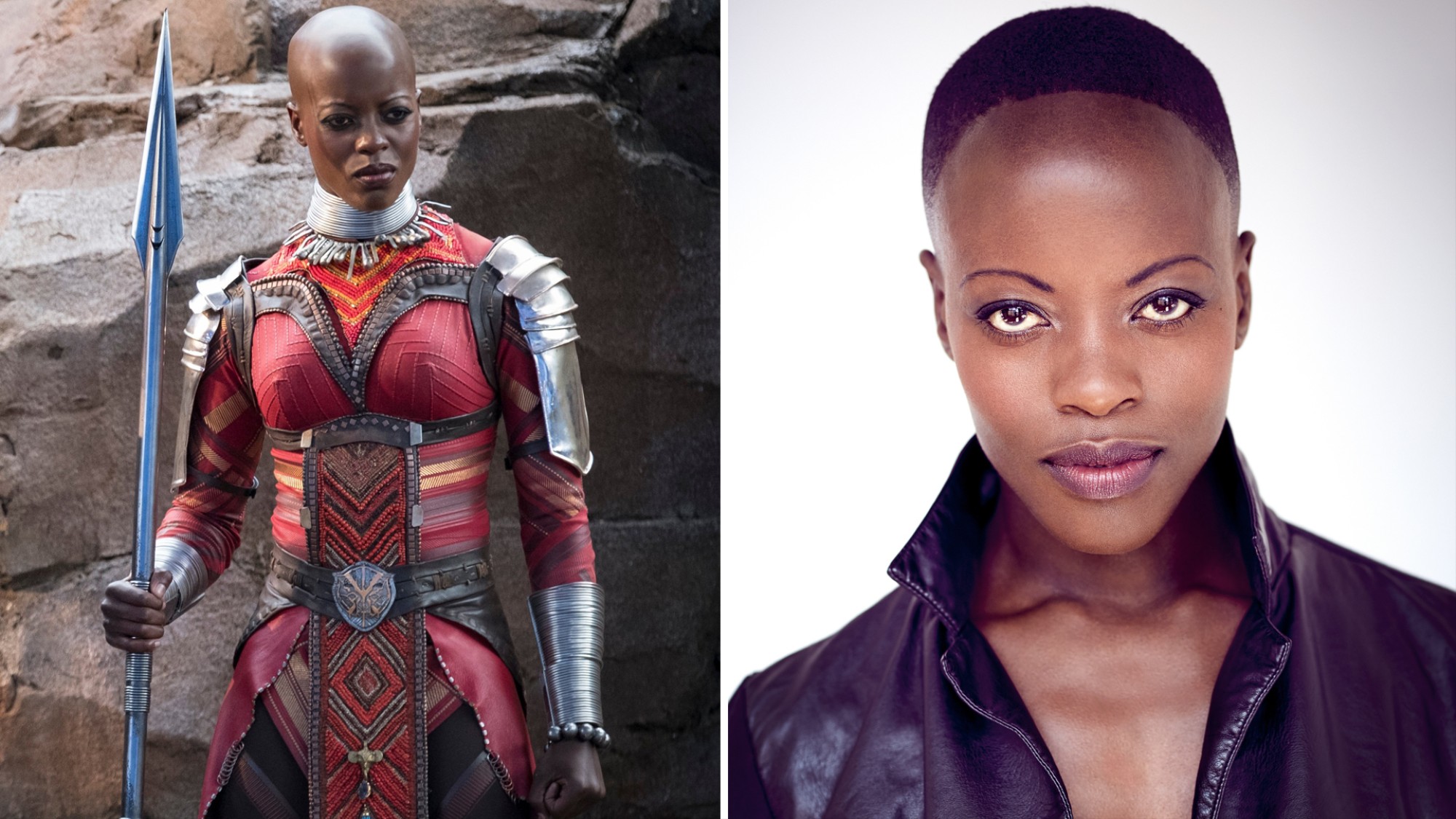 Florence Kasumba is a classically trained dancer and martial artist. So when it came time to train for her role as the super-powerful Dora, it’s doubtful that she needed much time to adjust to her physical routines. She stated that the hardest part was training with a Shaolin monk. I think we can all relate to that!

9. Zoe Saldana – Guardians of the Galaxy 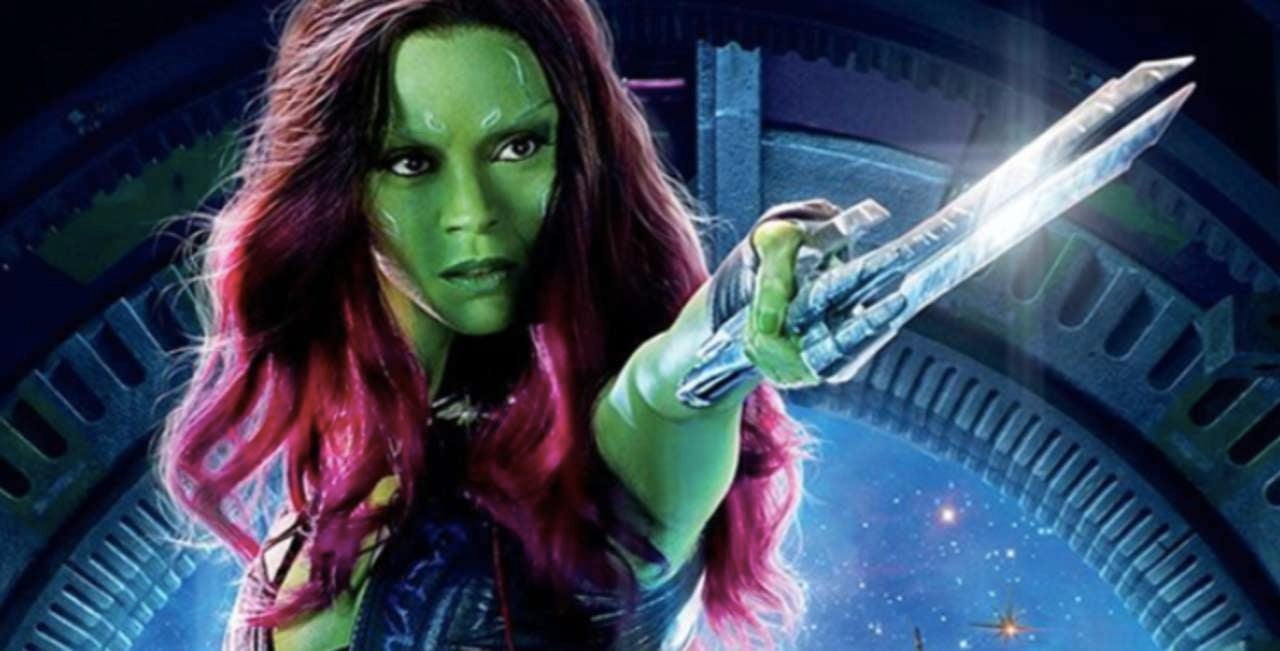 Back when Zoe Saldana was training to be one of those blue alien cat/elf thingies in Avatar, she had to learn how to use a bow and ride a horse. All this training would serve her well a decade later when she got the role of Gamora in Guardians of the Galaxy. How did she prepare? Well, when you’ve got a galaxy to guard, the best way to train is through full-body workouts, cardio and plank push-ups. Back in 1997, when Demi Moore played a character who was a Navy SEAL, she insisted on not having a stunt double during scenes in which she had to go through physically brutal obstacle courses. In fact, she got in such good shape that she eventually managed to do one-armed pushups. That’s nice and all, but we’re still waiting for those no-arm pushups.