Sarkodie won the BET Best International Flow at the BET Hip-hop Awards yesterday and naturally, all of GH is going crazy in excitement.

He was in the same category with the likes of French Montana, Nasty C, Lim Simz and more.

Naturally, Ghanaians took to Twitter to celebrate the win as a plus for Ghana but, Sarkodie’s fans aren’t taking any of that.

See Also: Someone Thinks Sarkodie May Be Trying To Sabotage Shatta Wale…Or Not

They are on a serious policing spree, hitting back at ‘sudden fans’ who have realized Sarkodie’s win is a thing to celebrate nationally and sadly, most of these ‘all of a sudden fans’ are outspoken fans of Shatta Wale.

The SM fans were confused as to why Sark natives were trolling Shatta Wale for not having a BET Award. 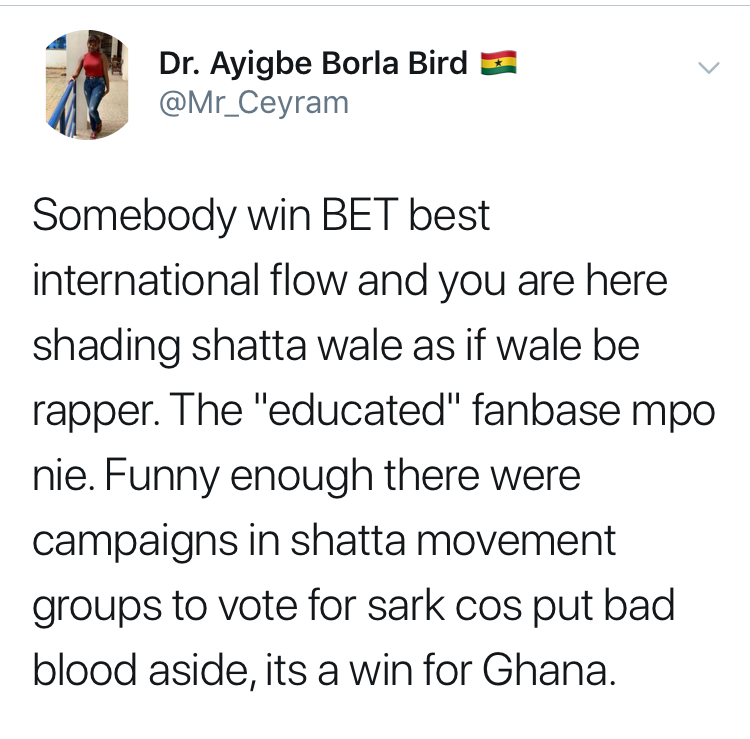 The Sark nation took to Twitter to remind them of the time they heavily trolled Sarkodie because Beyoncé featured Shatta Wale on her album and well, Sarkodie wasn’t.

They have also used this period to troll Shatta Wale and their justification for that is mostly the fact that, the uneven comparison during the Lion King album era,( all the African artistes Beyoncé featured were singers and Sarkodie is a rapper) was not an issue for the SM family then.

It shouldn’t be an issue now.

Take a look at their tweets: 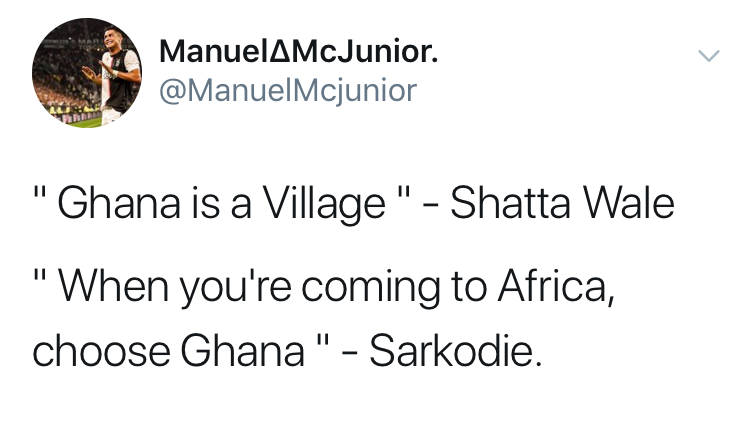 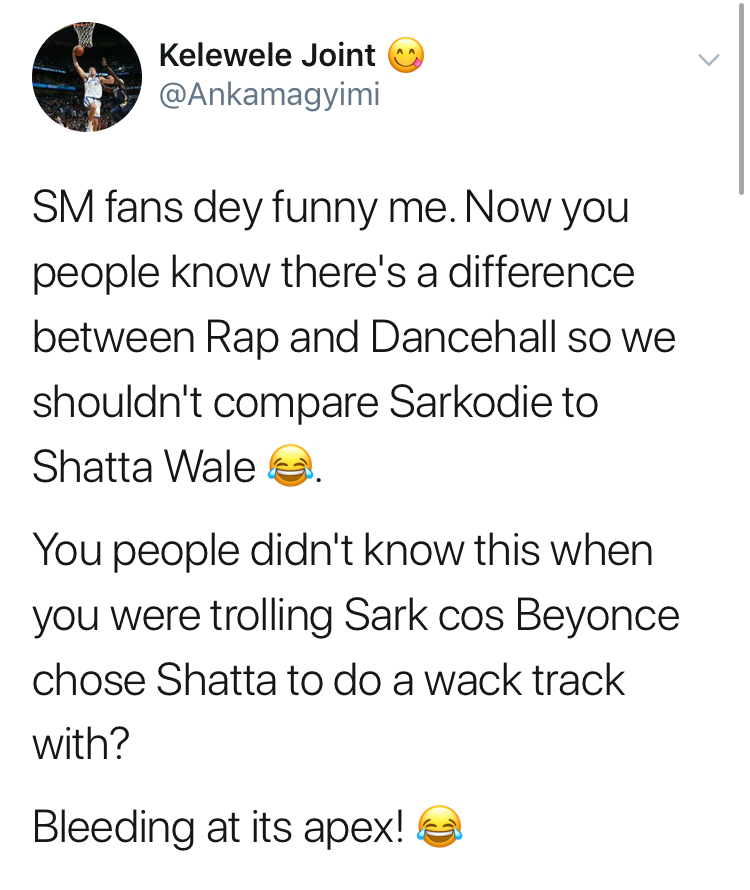 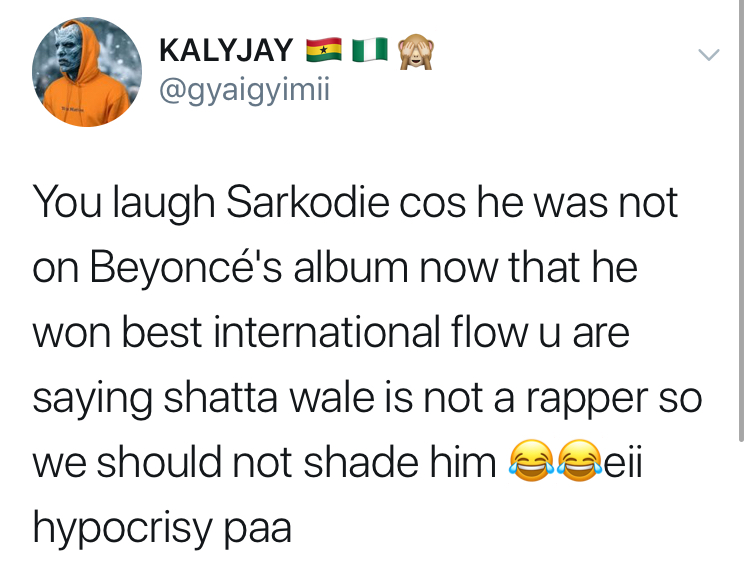 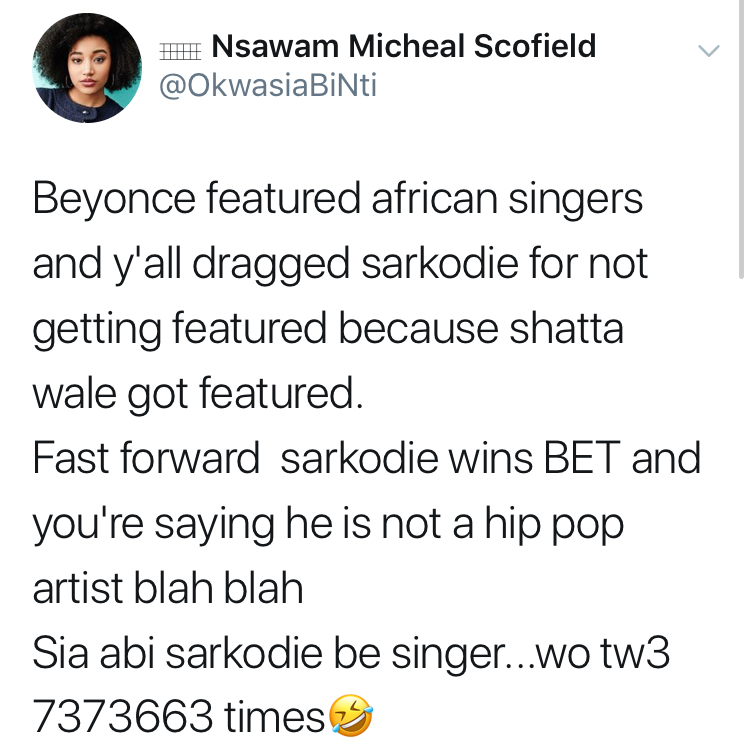