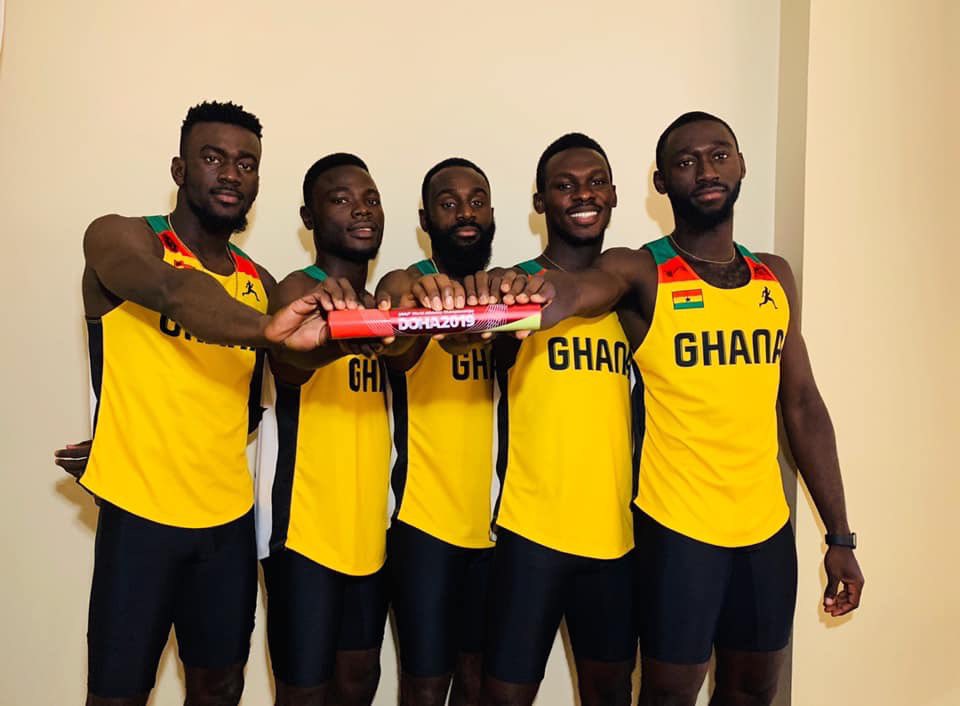 Ghana’s male relay team finished sixth to miss out on qualification to the final of the 4x100m at the IAAF World Athletics Championships in Doha, Qatar.

The team clocked a seasonal best time of 38.24 in heat 2 which was not enough to earn them a place in Saturday’s final.

The quartet of Sean Safo-Antwi, Benjamin Azamati, Martin Owusu-Antwi, and Joseph Paul Amoah came into the Championships with loads of confidence having produced a staggering performance to take gold at African Games.

They, however, managed to better their 38.30 sec time which won them the gold medal in Morocco.

Great Britain finished first in heat 1, followed by Brazil and the United States of America respectively.

Africa will be represented by South Africa in the final after finishing first in heat 2.