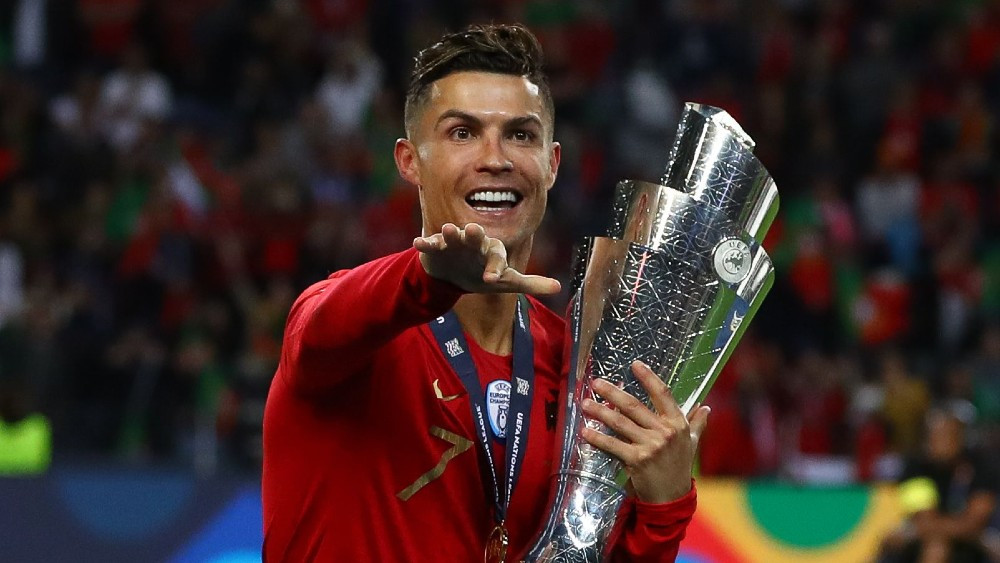 Cristiano Ronaldo has previously suggested that he has many years left in the tank, but at 34 years of age, he is taking on more off-field projects

The Portuguese continues to keep everyone guessing when it comes to his future, with the Juventus superstar dropping another cryptic hint at his retirement plans.

At 34 years of age, any normal footballer would be expected to be approaching the end of their playing career.

Ronaldo is not your average player, though, and has worked tirelessly to keep himself in the best shape possible and at the very top of the global game.

He has shown no sign of slowing down and has previously suggested that he could have many years left in him, with the possibility that he could emulate the likes of Ryan Giggs and Paolo Maldini by playing past his 40th birthday.

The five-time Ballon d’Or winner is, however, starting to take on more projects away from the field, with his ever-growing list of companies now including the ‘Play It Cool’ fragrance line.

With his attention beginning to drift towards life after hanging up his boots, Ronaldo concedes that he cannot predict when the day will come to walk away.

He told SPORTbible when quizzed on his future: “I still love football. I love to entertain the fans and the people who love Cristiano. It doesn’t matter the age, it’s all about mentality.

“The last five years I start to enjoy this process of seeing me outside of football, so who knows what will happen in the next year or two?”

Ronaldo has never been one to shy away from a challenge and admits he is as committed to maintaining his commercial value away from football as he is continuing to thrive as an all-time great.

He added: “I do not want to imitate anybody.

“You have to be yourself all the time, but you can always pick up small details and take something from good examples, not only in football but in other sports as well – Formula 1, NBA, Golf, UFC, whatever. The best athletes have a similar work ethic.

“Even the CEOs of great companies are always motivated and they have to work hard to achieve good things.

“You have to trust in yourself. In football, I have more control. I know what I can do. In business, it’s more difficult, you depend on other people, but I have a good team. It will be a challenge.”

Being the best is all that matters to a man who has taken in memorable spells at Sporting, Manchester United, Real Madrid and Juventus.

He intends to be the best at whatever he sets his mind to, with a top spot all that interests him.

“It has taken many years of hard work, dedication and passion to achieve what I have in football,” said Ronaldo.

“Outside of football I’m not there yet, but I’m a competitive guy and I don’t like to be the number two or number three. I always want to be number one. I will do it, 100 per cent.”

For now, football remains Ronaldo’s main focus, with the Portuguese chasing down more major honours at home and abroad with Juve while also looking to help his country towards the defence of a European Championship crown in 2020.