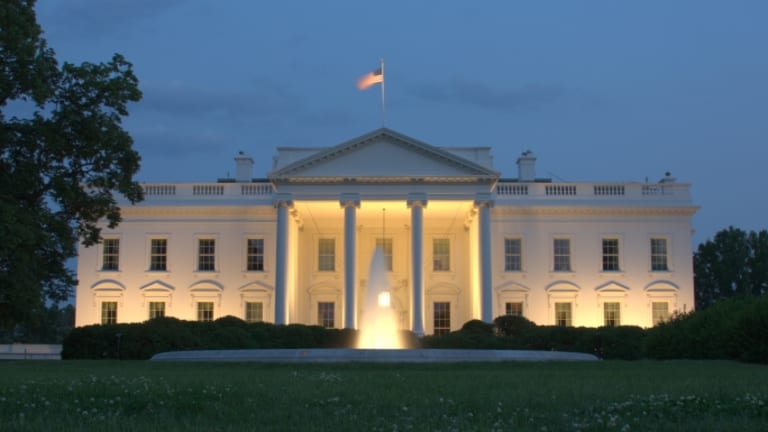 Add this to the ever-longer list of surprising headlines out of the Trump White House: On Tuesday, a mouse fell from a hole in the ceiling onto a reporter there … and he had the video to prove it.

“A mouse literally fell out of the ceiling in our White House booth and landed on my lap,” NBC News White House Correspondent Peter Alexander tweeted Tuesday morning.

He and his colleagues soon shared a video of the critter in the corner of the NBC workspace that’s part of the press briefing area adjacent to the West Wing.

The mildly viral moment comes as President Donald Trump is contending with far more grave matters, including an impeachment investigation in the House of Representatives after he pushed Ukraine’s president to investigate former Vice President Joe Biden, who is Trump’s leading challenger for re-election.

The White House, some 200 years old, has all of the character and problems of a house its age.

Dead mice have previously been seen in the press work area, PEOPLE understands, and journalists there have been warned about mice when the temperatures outside plummet and they look indoors for warmth. (Over the summer, parts of the property flooded from heavy rains.

And here’s the video to prove it: pic.twitter.com/v6uSrh7KPH

Mouse in the @NBCNews booth at @WhiteHouse today after falling from the ceiling and landing on @PeterAlexander pic.twitter.com/qN5Ww06QFp

Though Trump has publicly gushed about his presidential residence, he has groused about it as well: Earlier this year, he complained about a new air-conditioning system that he pinned on predecessor Barack Obama (“Now that they did this system, it’s [either] freezing or hot”) and in 2017 Golf reported that he had called the White House a “real dump.”

He denied this. “I love the White House, one of the most beautiful buildings (homes) I have ever seen,” he tweeted.

After the Golf report, some of the staff members who work to maintain the White House told TIME they were taken aback by the reported disparagement. “Any man or woman who cannot appreciate the history and significance of the White House Residence does not deserve to live there!” one former staffer said.

The White House is regularly renovated and repaired, including in 2017 and 2018.