Kuulpeeps – Ghana Campus News and Lifestyle Site by Students
Home Celebrity These “Drake’s Reaction When He Hears Rihanna May Be Pregnant” Jokes Are...
Facebook
Twitter
WhatsApp 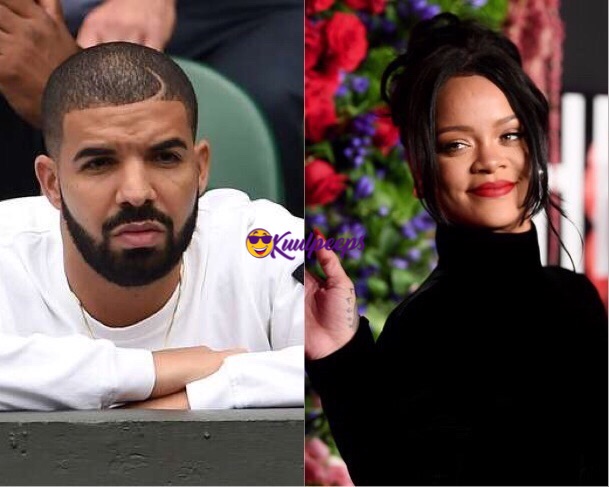 After Rihanna’s Diamond Ball yesterday, everyone seems to think she is pregnant because we spotted what might look like a bump…

Now we know we might be way ahead of ourselves and this just might be a food bump but the funniest thing about this whole thing is, Drake is trending too!

It’s a standing joke everywhere that Rihanna has Drake wrapped around her pinkie finger. He’s so in love with her and doesn’t hesitate to say it but…she friend-zoned him so well any time we see them in one place, we laugh!

Naturally, if puppy-eyed Drake really is still in love with Rihanna, then these reactions are apt to the letter T because when they were dating, they talked about getting married and… must be hard for him, even if it’s not true that she is pregnant.

Drake after hearing Rihanna is pregnant and the baby ain’t his. 😭pic.twitter.com/cASsZ7AAgG

When Drake found out RIHANNA IS PREGNANT! pic.twitter.com/BBzaJ3oFPO

Drake after finding out Rihanna is pregnant with another man’s baby.pic.twitter.com/On546BBd9o

Drake and Chris Brown after finding out Rihanna is pregnant pic.twitter.com/w4ikJKUODg

Drake and Chris Brown after finding out Rihanna is pregnant pic.twitter.com/w4ikJKUODg

Rihanna is pregnant 🤣 This is probably Drake right now pic.twitter.com/VJo2lICtyo

Drake waking up to hear Rihanna is pregnant pic.twitter.com/SvtkSh5vxL

Drake leaving a voicemail since Rihanna is pregnant pic.twitter.com/UaDhliIJFF

Is Beyonce Going To Be Cancelled By Africans?