Kuulpeeps – Ghana Campus News and Lifestyle Site by Students
Home Music NITRO Nasty C vs Kwesi Arthur On Twitter : Should This Even Be...
Facebook
Twitter
WhatsApp

You know how people like to pit artistes against each other for absolutely no reason?

Yeah, this is one of those moments.

Twitter is slowly about to be set ablaze by fans of Kwesi Arthur and Nasty C because someone or some people think one is better than the other!

This is where it all started

He even added this:

He first got into the spotlight with his mixtape Price City (2015) which gave us the successful single, “Juice Back”(Yes, we are talking about the one that featured Davido and Cassper Nyovest).

He went on to give us one of the hardest albums in 2016, Bad Hair and in 2018, gave us Strings and Blings which is sooo good!!!! He’s got features with A$ap Rocky and is signed to Universal Music Group and all the Ogees in the S.A industry have ut their stamp of approval on him!

He has no bad song and he’s given us two tapes everyone can attest to being very good. He raps and he is a badass and he is a hook god!

See Also: Kwesi Arthur Knocked Us Out With His Bars On The Thoughts From King Arthur&#8221; Freestyle And We Still Haven’t Recovered!

If we are being diplomatic, we can calmly say that both artistes are good at what they do and they don’t need to be pitted against each other but look at what some people have to say on social media: 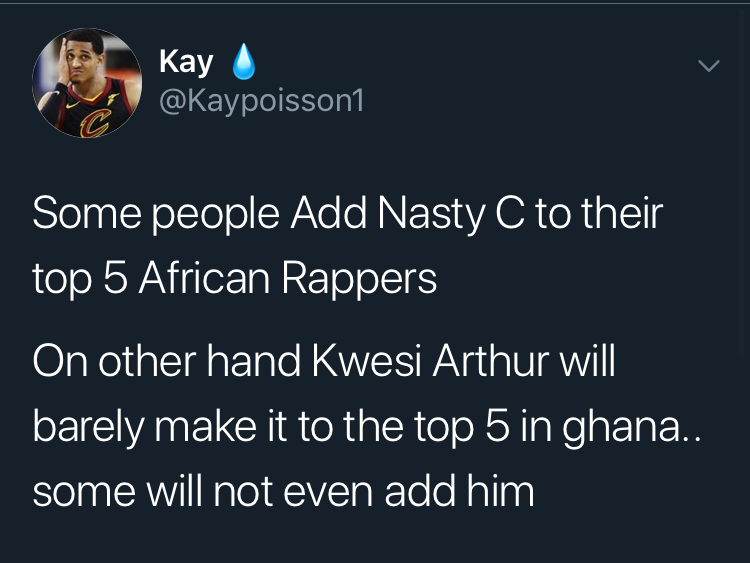 We don’t want to take sides but… Nasty C is currently winning on Twitter and to be honest, the best thing to do right now is for them to give us a track together!

Get Into The Mid Week Vibes With These Exciting Tweets

Margaret Sagoe - February 26, 2020
0
Every single person texts these days even your parents! And one of the basic things about texting is the use of abbreviations....