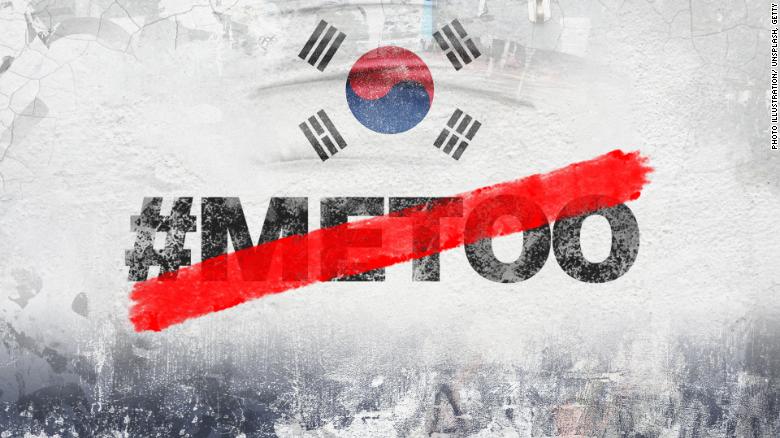 On the same street corner in Seoul, where 10,000 South Korean women rallied last October to demand an end to spy cameras and sexual violence, the leader of a new activist group addressed a small group of angry young men.

“We are a group for legal justice, anti-hate, and true gender equality,” Moon Sung-ho boomed into a microphone to a crowd of a few dozen men waving placards.

As feminist issues come to the fore in deeply patriarchal South Korea, there’s growing discontent among young men that they’re being left behind. Moon, who leads ‘Dang Dang We’, a group “fighting for justice for men,” is one of them.

Feminism is no longer about gender equality. It is gender discrimination and its manner is violent and hateful.

He started his group last year after a 39-year-old business owner was sentenced to six months in prison for grabbing a woman’s buttocks in a Korean soup restaurant. The case provoked outrage that a man could be convicted on no evidence beyond the victim’s claims.

While some lashed out at the judge, 29-year-old Moon found another culprit: feminism. Moon and his group held a panel discussion at the National Assembly, Korea’s top legislature, in early September, to expose what they perceive to be the alleged harms of the movement.

“Feminism is no longer about gender equality. It is gender discrimination and its manner is violent and hateful,” he said to applause from his audience of about 40, mostly young, men.

The emergence of mainstream feminist voices and ideas came in response to the brutal murder of a young woman near a subway station in trendy Seoul suburb, Gangnam, in 2016. The perpetrator deliberately targeted a female victim.

The woman’s death triggered an examination of attitudes towards women in the country, which broadened to include campaigns against sexual harassment, like the #MeToo movement and anti-spy cam protests, dubbed #mylifeisnotyourporn.

To many, the discussion was long overdue in male-orientated South Korea, which ranks well below the global average on the 2018 Global Gender Gap report, with major disparities in terms of wage equality and earned income for women.

Campaigners found support from the South Korean government and President Moon Jae-In, who vowed to “become a feminist president” before he was elected in 2017.

Since then, there have been several high-profile prosecutions relating to sexual abuse involving politicians, K-pop stars, and regular men. With each court victory, the disquiet among men, especially young men, began to build.

Park is not his real name. He wants to remain anonymous because he fears repercussions for his views. So does Kim, another student in his early 20s who is about to graduate from university. Kim says he sits apart from women at bars to avoid being falsely accused of sexual harassment. Although he was once supportive of feminism, he now believes it’s a women’s supremacy movement that aims to bring down men.

“When a woman wears revealing clothes, it’s gender violence and sexual objectification. But the same critic will enjoy a similar photo of men. Feminists have a double standard,” he said.

Both Park and Kim say men like them are being punished for the crimes of a previous generation. “Patriarchy and gender discrimination is the problem of the older generation, but the penance is all paid by the men in their 20s,” Kim said.