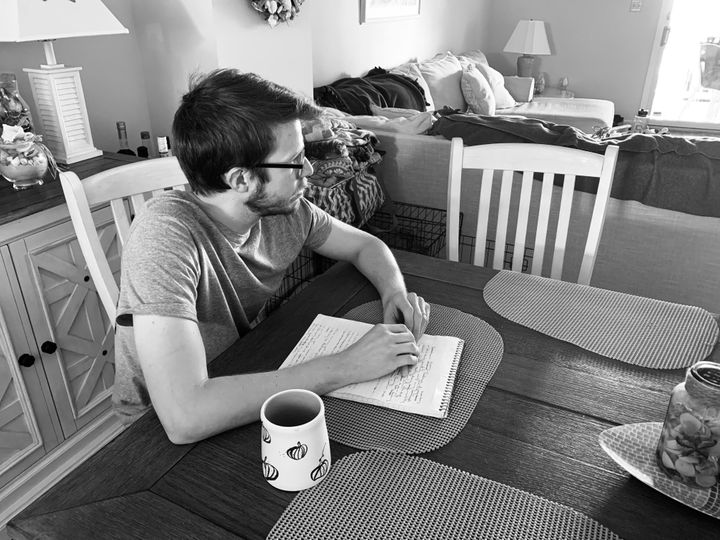 Tragedy struck our country again this month. Mass shootings in Dayton, Ohio, and El Paso, Texas, claimed the lives of more than 30 people. While much attention will, and should, be placed on those who died, I write to address another group who may go overlooked in the coming weeks: the people wounded by these terrible events.

I want to tell you what I wish I had known after I was shot.

It happened to me overseas in 2013. I was leaving a meeting with Afghan military leaders when an Afghan soldier ambushed my group and opened fire. A bullet hit my left arm and knocked me back on the ground. He killed three of us and wounded another three, including myself, before U.S. forces could respond.

Now, more than six years later, I continue to struggle with the aftermath of that event. Through trials and many failures, I learned how to manage its influence in my life. In the coming days and months, you may face similar struggles. I want to share what I discovered in my recovery. I hope it may provide you with some comfort in your recovery as well.

1. Understand the mental struggles ahead. I underwent six surgeries and a year of occupational therapy after getting shot. The pain I faced physically, however, paled in comparison to its mental toll. Struggling to overcome feeling useless as I attempted to reclaim the use of my arm. Reliving my trauma after hearing sharp cracks or other loud noises. Feeling helpless as I tried to explain to my girlfriend why I was breaking down uncontrollably on the phone.

Suppressing memories of blood pouring out of my arm during family get-togethers. Even recently, after my daughter was born, questioning why I got the privilege of being a parent when one of the victims did not. I was not prepared for how the event would manifest in different ways in my life.

2. There is no shame in getting mental health help. I had a bad experience with my first counsellor, and it convinced me that I did not need to see another. A medical doctor urged me to try someone else, and I accepted begrudgingly. It proved to be one of the best decisions I made. My counsellor coached my recovery efforts over the next year and helped normalize my new reality. Good counsellors exist. Seek them out. They will help you identify the ways your trauma is manifesting itself.

3. Share your story. Sharing my story desensitized the trauma I felt immediately
after getting shot. In the beginning, talking about the event would generate incredible feelings of anxiety that could last for hours. Over time, however, I recognized that my openness made the events feel more abstract and less visceral. It also helped lessen the anxiety I felt whenever something reminded me of the shooting.

4. Find trusted people to listen. In the near future, unexpected things may make you feel worthless and crippled with sadness. The first time I felt this way occurred after I heard a banging sound while entering a Subway restaurant. I had to leave and sit in my car for 15 minutes to compose myself. I later discovered that talking through these feelings with trusted people helped me overcome these episodes. I relied on family, like my sister, who would listen without judgment. Find people who are willing to give you the time, attention and unconditional support you need to vent all of these feelings. You are not alone.

5. Know that even if you are injured, you are not broken. After I was shot, I spent a few days in Germany at an Army hospital. One evening, I started suffering an intense episode of survivor’s guilt. People that died had spouses, children and immense potential to do great things. I was 26, single and had no major accomplishments. It was at this low point that an officer I knew from Afghanistan walked through the door. He joked around with me and another survivor for a while before his tone abruptly shifted. He looked directly at me and said, “This event may make you physically weaker, but it doesn’t have to make you mentally weaker. Let it make you stronger.”

I took his words to heart, and it changed my life. He helped me recognize that no matter how terrible this event was, I still had the power to overcome it. I could fight to be happy again. So that’s what I did.

In the six years since I was shot, I have had good days and bad. With each passing year, the event becomes easier to manage, although it is never far from my mind, and I don’t think it ever will be. I live a relatively normal life now. I am married, have a child and recently completed two graduate degrees. Most of the people I went to school with had no idea about my background until I shared it recently. But I have lived a full life in honour of those I lost.

The day I got shot remains a solemn day for me. I reach out to my fellow survivors and we update each other on our lives. I also keep in contact with the sister of one of the victims. It is an impactful day for all of us. I know it will remain so for the rest of our lives.

To any survivor that reads this, I am so sorry. The burden you must carry over the coming weeks, months and years is heavy, and at times may feel insurmountable. Know that you can overcome it. Press on in the darkest days ahead, and know that the feelings of despair and worthlessness will pass. Find others to help you along the way. You can, and will, have a normal life once again.