So many of the recent headlines about children and mental health are deeply distressing: Youth suicide attempts have doubled in the last decade, some in children as young as 5 years old. National estimates suggest that more than 4 million children in the United States have been diagnosed with anxiety, and nearly 2 million have been diagnosed with depression. Experts have argued that we’re in the midst of an epidemic of children’s mental health, and while awareness has certainly increased, only about 20 per cent of kids with a diagnosable mental health disorder are actually getting the help they need.

It’s frightening stuff to grapple with as a parent. Yet mental health experts resoundingly agree that there is a reason to have hope: Treatment, including therapy and medication, can make a profound difference in children’s lives.

The challenge is identifying whether your child would benefit from outside help, and then knowing how to go about getting it. Fortunately, experts say there are some common signs and behaviours to look out for, as well as simple best practices for connecting with treatment. Here are a few that all parents should be aware of.

First, a reminder: Some degree of acting out is normal

Sure, childhood can be great. But it can also be really, really hard. Kids are learning how to make their way in the world, coming up against obstacles and changing every day.

“All kids have emotions,” said Alexandra Hamlet, Psy.D., a clinical psychologist with the Mood Disorder Center at the Child Mind Institute. “Emotions aren’t bad, and kids will go through struggles. They’ll feel emotions and have to work through them, but that doesn’t necessarily mean they need therapy.”

Parents should feel reassured that meltdowns, outbursts and even just bad days aren’t just typical; they’re developmentally expected, especially in young children. Sometimes they can be a sign of underlying problems, but they are also kind of a rite of passage for most kids.

What you want to pay attention to is the frequency, duration, severity and age appropriateness of behaviours

“Nearly all young children have temper tantrums at some point,” reiterated Steven Meyers, Ph.D., a professor of psychology at Roosevelt University and a Chicago-based clinical psychologist. But if you’re concerned, tune into how long your child’s outbursts last, how severe they tend to be and whether they’re having them past an age that you suspect is developmentally appropriate.

The job of mental health professionals is to take parents’ feedback and to use the clinical assessment tools available to them, like rating scales, to suss out whether a child’s behaviour is indeed outside the norm.

If your child has reached a point where any behavioural issues (from mood changes to outbursts or problems concentrating) are keeping them from getting through their days, or they’re interfering with your ability to do what you need to do, that’s a red flag. For example, some avoidance before school is common. But if your child is having daily, extended meltdowns that make you late for work, that’s a potential sign something more serious is happening.

“It’s really when the emotions start to become unmanageable, and they impact the performance of the child or functionally impair them, that’s when we think, ‘OK, let’s take a look at this in a deeper, closer way,’” Hamlet advised.

Take notes and compare them with friends

Although the parenting world is often rife with unhelpful competition and judgment, both Meyers and Hamlet believe that reaching out to friends or family members with kids of a similar age is an effective way to get an initial sense of whether your child is really struggling. All kids are wildly different, so it’s not about comparing. Instead, it’s about using your existing network to help establish some guideposts.

It’s also really helpful to jot down notes about changes or patterns you see emerging, so that if you do go ahead and talk to your child’s paediatrician, for example, you’re able to provide concrete examples of what you’re talking about, rather than simply walking them through the most recent moment or behaviour you can remember.

“Psychological disorders come in two general types,” explained Meyers, who emphasized he was speaking in broad brushstrokes. “The first type is acting out disorders, like ADHD or oppositional children. Those symptoms are typically easy to spot because they’re visible and they’re impacting the lives of other people.”

“The second set is what is called internalizing disorders,” Meyers continued, “and they include anxiety and depression, which can be harder to spot because those symptoms are mostly disrupted thoughts and feelings rather than disrupted behaviours.”

Though this is by no means exhaustive, some unexpected signs of anxiety in children include trouble focusing, avoidance and outbursts ― perhaps not what parents typically think of as hallmarks of anxious behaviour. “It’s just their body’s way of reacting to their worries,” Hamlet said. 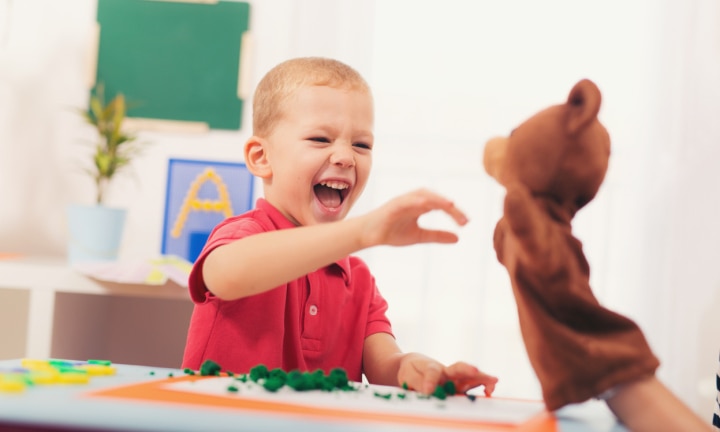 Likewise, signs of depression vary so wildly it’s hard to single out just a few, but parents should pay attention to things like irritability, outbursts and changes in how children sleep and eat. Don’t necessarily expect depression to manifest itself in really obvious sadness.

Physical cues can be important too, particularly in children who may not have the verbal abilities to express what they’re feeling. “What parents might see more of is their child complaining of headaches or tummy aches, because they don’t have the words to describe it, and their body might be somatizing it,” Hamlet explained.

And never ignore anything that seems urgent, like if your child stops eating, is causing him or herself physical harm, or expresses suicidal thoughts or behaviours. That is an emergency, and you need to get help right away.

Be mindful of your family history

While mental health issues are the result of a complex mix of genetics and environmental factors, it’s a good idea to be aware of your family history, Hamlet said.

“If you have a family history, that’s something to consider,” she said, as mental health disorders can absolutely run in families. Genes are by no means destiny, but it’s just another thing to keep in mind.

If you have concerns about your child’s mental health, you should absolutely feel empowered to take them to an expert to start a conversation. It’s fine if you don’t know how to find a pediatric mental health specialist off the top of your head; your child’s paediatrician can be an excellent place to start. Teachers can also be good touchpoints, Meyers said.

Reaching out for a bit more information does not necessarily mean your child is embarking on long-term mental health treatment, though there’s absolutely nothing wrong with that if they do. Unfortunately, sometimes the stigma that still shrouds mental health issues can prevent parents from reaching out.

Ask your kids about how they’re feeling, then listen

Even with really young kids, it is important to regularly initiate conversations about their emotional lives. Some children are more communicative than others, Meyers said, but if you establish a habit of talking to them about their thoughts and feelings, they might be more likely to come to you when they are struggling in some way. And then you’re in a better position to connect them with outside help as needed.

The key is to listen and not immediately rush into what Meyers called “intervention mode.” You don’t have to have all the answers, and you cannot solve every problem.

“It’s very hard to stay focused in a listening mode when children are describing painful events, we just want to make them feel better,” he said. “But sometimes we rush to do so.”

“Listen. Ask questions to elicit details,” Meyers said. “Inquire about what the child’s feelings are, and communicate understanding and compassion, rather than moving to try and solve the problem.”

Application For The Mo Ibrahim Leadership Fellowships Is Open

Nii Okai Tetteh - August 13, 2020 0
The Mo Ibrahim Foundation has announced that applications are open for The Ibrahim Leadership Fellowships. It is a selective...

Dwayne ‘The Rock’ Johnson Is Highest-Earning Male Actor For The Second...

#AxeAboutMe: Live Jams And A Free Night At Kempinski Anyone?

Grind Day, Anthem And All Other Kwesi Arthur Videos Over A...

5 Ridiculous Reasons Why We Were Punished In High School

Celebs Who Have Announced Their Pregnancy Through Music Videos