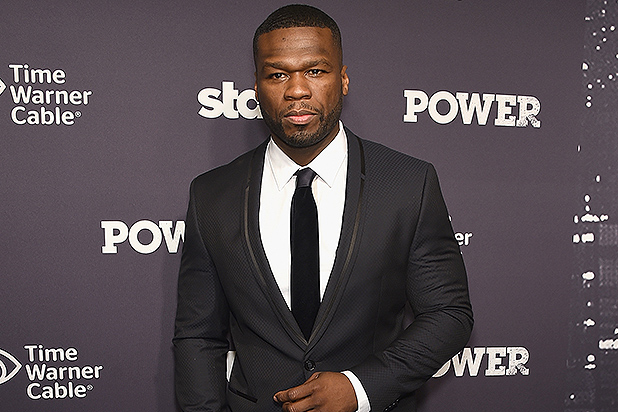 50 Cent is down to work with Kevin Feige and Marvel Studios. The actor/rapper has just added TV director to his resume with the latest episode of Power. The show is currently in its sixth and final season and 50 Cent took on the third episode of the season. 50 Cent, aka Curtis Jackson, is now looking to get some more directing gigs and thinks joining the Marvel Cinematic Universe could be a good fit.

50 Cent shared a picture of himself doctored to look like Martin Scorsese over the weekend to celebrate his television directorial debut. In the humorous photo, the rapper has renamed himself 50 Scorsese since he is now a big-time Hollywood director. Obviously, 50 Cent is joking around. You can read what he had to say about directing Power and taking on the MCU next below.

“Now that I’m a big director and all, STARZ can’t afford to pay me to do another episode of Power, I think I’ll do the next MARVEL MOVIE. If it doesn’t require too much of my time. LOL”

Now that I’m a big director and all, STARZ can’t afford to pay me to do another episode of POWER. 🤔 I think I’ll do the next MARVEL MOVIE. 🤨if it doesn’t require to much of my time. LOL #lecheminduroi #bransoncognac

With the MCU constantly expanding, one could easily see 50 Cent getting involved in some way or another. Maybe he won’t be behind the camera, but there is a lot of stuff coming from Marvel Studios in the next handful of years. Perhaps 50 can get into directing one of the upcoming Disney+ shows, or at least an episode or two. Stranger things have happened, and while he’s certainly kidding around, the actor/rapper would definitely jump at the chance to work with Kevin Feige and crew.

The 50 Cent-directed episode of Power is entitled Forgot About Dre. The episode debuted last night on the STARZ network and while it’s his first time behind the camera for TV, it isn’t his first time directing. 50 Cent helmed a direct-to-video movie, Before I Self Destruct, which was released to coincide with his album of the same name in 2009. His movie didn’t exactly set the world on fire, but his episode of Power has been receiving good reviews, which means he’ll more than likely take on some more directorial gigs in the future.

Marvel Studios boss Kevin Feige has talked about his desire to work within the unconventional realm while crafting MCU movies in the past. Hiring 50 Cent to come on board would definitely be something out of the norm for the studio and Disney. With that being said, 50 Cent will probably have to take on some more work before jumping into something as big as the MCU. For now, anything is possible, even if the rapper is just throwing it out there as a joke for the time being. In the meantime, someone should get Feige on the phone to start brainstorming a new project.