We are all shocked to announce one of the power couples in the UK music industry have broken up.

Stormzy and Maya Jama have split just days after they were seen celebrating her birthday together at a lavish party. The British power couple had been dating for four years but a rep for Maya, 25, has now confirmed that the couple is no longer together.

In a statement released to Metro.co.uk, the publicist said: ‘Yes, I can confirm the relationship has ended and Maya has separated from Stormzy.’ It comes just after Stormzy, 26, was seen attending Maya’s 25th birthday party on Sunday evening at Night Tales bar in Hackney, London. But sources told Metro.co.uk that the couple weren’t as happy as they seemed at the event. Another insider told The Sun: ‘Maya has moved out of their home in South West London. 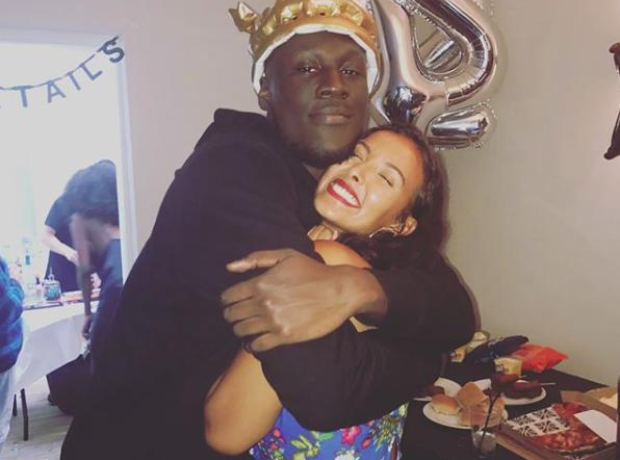 ‘The decision isn’t one she has come to lightly, but ultimately the relationship has come to an end.’ They added that Maya, who has hosted shows such as The Circle and Stand Up 2 Cancer, ‘wants to focus on her TV and radio career for now’.

The pair were also pictured together last Wednesday when Stormzy treated the TV star to a birthday dinner at London’s Sexy Fish. Maya and Stormzy were thought to have been one of the strongest couples in showbiz with the pair dating long before the grime rapper shot to fame, earning a number one album and Brit Awards. In June, Maya was on-hand to support the Vossi Bop rapper as he made history headlining Glastonbury, becoming the first black British solo artist to do so.