It’s no secret that eating the recommended daily quota of veggies is an important part of a balanced diet, yet only 1 in 10 American adults are pulling it off, according to the Centers for Disease Control and Prevention.

Frozen vegetables can help us pick up the slack in this department since they’re just as healthy as fresh veggies (if not more), already prepped and easy on the wallet. But considering how frozen veggies can easily morph into a mushy, soggy mess during the cooking process, it’s no wonder many of us casually ignore this section of the freezer aisle. 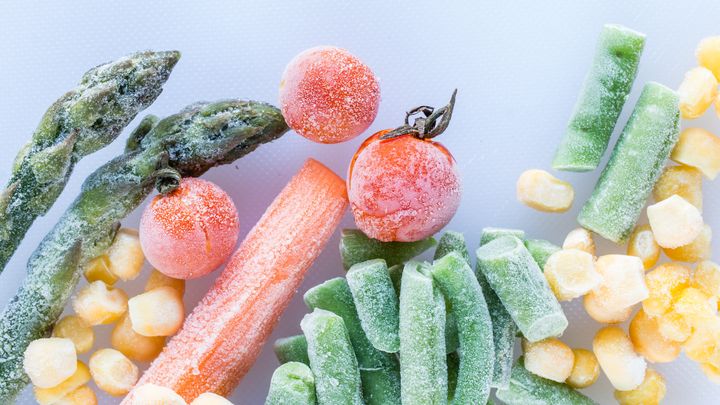 “Since the process of freezing vegetables is designed to retain the most nutrition, flavour, texture and colour compared to other preservation methods, it’s important that we continue to retain these attributes in the cooking process,” said Lisa Shepherd, a nutrition and food science instructor at Middle Tennessee State University.

So how exactly do we become one with frozen vegetables and, dare we say, cook them so that they rival fresh veggies? We went to the experts to find out the biggest faux pas many of us make when using frozen vegetables. Here’s how to turn things around:

Mistake #1: Choosing Just Any Bag From The Freezer Aisle

Give the bag of veggies a few good squeezes to see if they’re clumped together. “If they are, this means they thawed and refroze somewhere along their journey to the store and lost nutrients in that process,” said Beth Auguste, a registered dietitian based in Philadelphia. This brief temperature fluctuation can cause the veggies to dehydrate — or lose their water content — during storage and trigger ice formation, which can affect colour, flavour and firmness.

Frozen veggies are flash-frozen at the height of their freshness when all nutrients are at peak value, so if you choose a bag where you can feel the individual pieces of frozen vegetables, that’s a sign they’re still in their original flash-frozen state, Auguste said. 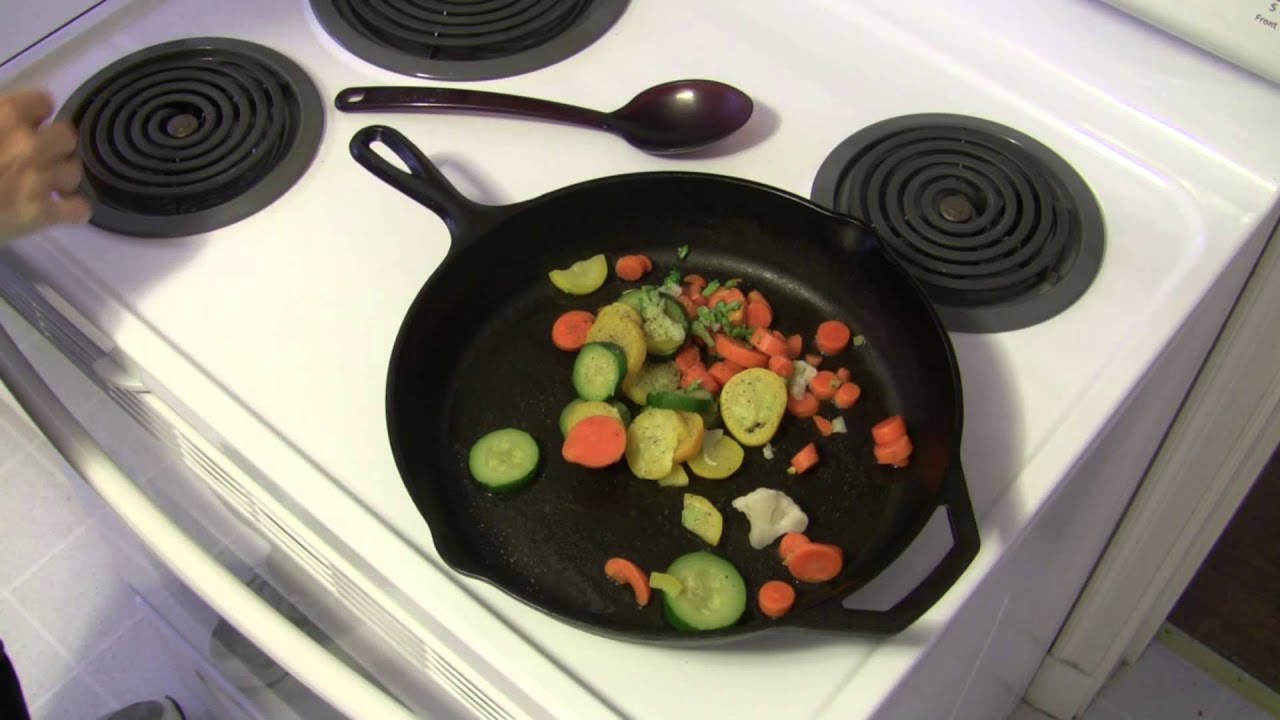 “The best dishes for frozen veggies are casseroles, soups and other multi-ingredient dishes that tend to disguise the texture of the frozen vegetables,” said Shepherd, who also recommends using only frozen or only fresh, but not a mixture of both.

Water-based dishes, like soups or stews, are fairly forgiving of different textures, but other dishes may depend on a consistent texture among a variety of ingredients.

Take stir fry, for example. If frozen vegetables are combined with fresh, the differences in texture may be unappealing. The same goes for dishes in which a certain vegetable is the star of a recipe. Bottom line: Always choose between frozen or fresh, based on the context of the dish.

The most prominent quality issue when it comes to frozen veggies is texture. “Since freezing causes water to expand and veggies are mostly water, the freezing process pushes and stretches the cell walls to maximum,” Shepherd said. “This results in less structure and a softer, mushier texture when thawed.”

There’s no need to thaw veggies in advance — they quickly thaw during any cooking process, and cooking them from a frozen state can help you achieve the best texture, Shepherd said.

Mistake #4: In some cases, NOT Thawing And Draining Them

This may seem contrary to what we just taught you, but in certain cases, thawing frozen veggies are crucial to how a recipe turns out, and not doing so can have a significant impact on the final product. Shepherd suggests deciding how best to prep your frozen veggies on a per-meal basis.

Frozen spinach is a classic example: To use on a pizza or in a dip, thawing and draining it to get rid of excess water means you won’t end up with a watery pizza topping or runny dip. But when tossing it into a dish that already contains water, such as soup, the spinach can be used as-is. Most frozen veggies are blanched — that is, dipped for a few minutes in boiling water — before they’re frozen to deactivate the enzymes that might affect flavour and texture, Shepherd said, which is why they don’t take as long to cook as fresh veggies do.

Many of us tend to add frozen veggies to recipes at the same time we would add fresh vegetables, leading to overcooking and the potential for nutrients to leach out (especially vitamin C and some B vitamins).

The best way to avoid this is by adding frozen veggies to a dish later in the cooking process. When adding them to soups and stews in a slow cooker, for example, add them during the last few minutes of cooking to retain texture and colour, Shepherd said.

“In general, small frozen veggies, like cut green beans or sliced okra, will need less time to cook, whereas larger ones, like frozen potato or pumpkin chunks, will need more,” said Casey Seiden, a New York City-based registered dietitian. Take a look at the manufacturer’s directions for preparation tips, and use a fork to test doneness along the way.

Moist heat methods of cooking, such as microwaving and boiling, have a reputation for turning frozen veggies into a soggy mess, which is why experts recommend sautéing, frying or roasting them instead. “The longer the vegetables are exposed to heat and water, the lower the quality,” Shepherd said.

But using your microwave can still be an effective way to cook them if you’re crunched for time, as long as you remember a few simple tips — starting with not thawing them beforehand, which pretty much guarantees a soggy result.

“For firmer vegetables, pop them in the microwave for about 4-6 minutes total without water in the cooking dish,” said Brittany Linn, a registered dietitian based in New York City. Because microwave cook times vary, test the veggies at 60-second intervals, stirring between each until they reach the desired consistency.

If you prefer softer veggies, adding a tiny bit of water to the bottom of the bowl will create less crunch, Linn said. Then, follow the same 60-second interval formula for 4-6 minutes.

Mistake #7: Waiting A Year To Eat Your Frozen Veggies 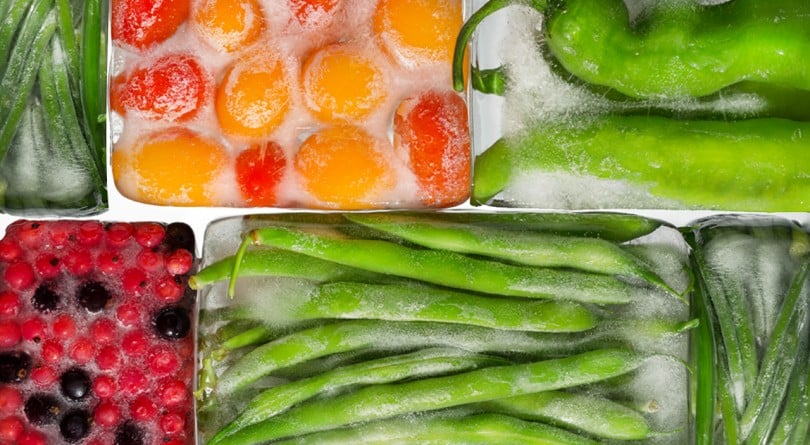 Yes, freezing vegetables preserves them for an extended period by preventing the growth of microorganisms that cause food to spoil, according to the U.S. Department of Agriculture.

But the enzyme activity that can affect food quality isn’t halted by freezing, just slowed down — so even though your frozen veggies are safe to eat up to 12 months later (so long as they’re consistently stored at 0 degrees Fahrenheit), there might be changes in flavour, colour or texture that make them less enjoyable to munch on.

The recommended shelf life of frozen vegetables is 8 to 12 months, but using them even sooner helps ensure that they’ll look, feel and taste as close to fresh as possible.

Buying bulk bags of frozen veggies is a great way to save money, but freezer burn can easily happen if the bag isn’t well-sealed for the long haul (say, because the resealable bag is defective). The air exposure causes oxidation, a chemical change that alters the fat content, structure and pigment of the food. “For veggies, this could mean less nutritional value if not sealed and stored properly,” Seiden said.

Freezer burn doesn’t make the veggies any less safe to eat, but it can change the texture of the food. For optimal nutrition and texture, Seiden recommends removing the rest of the frozen veggies from their original storage bag and transferring them to a Ziploc freezer bag — that way, you can press out as much excess air as possible and securely seal them up.