Ghanaian-American writer and Global Opinions Editor for the Washington Post, Karen Attiah has been honoured with the Journalist of the Year Award at the NABJ Salute to Excellence Gala during the NABJ National Convention & Career Fair on Saturday, August 10, 2019, at the JW Marriott Miami Turnberry Resort & Spa.

The awards ceremony is the only event in the United States that honours exemplary coverage of African/African-American people or issues exclusively. The Salute to Excellence Gala also highlights the work of media organisations and individuals involved in print, broadcast and online journalism, marketing and communications.

As Global Opinions Editor for The Washington Post, Attiah commissions and edits commentary on global issues from a variety of international writers and often writes on issues relating to race, gender and international politics, with a special interest in Africa.

Attiah is a previous winner of NABJ’s Salute to Excellence Award in Digital Commentary and is the recipient of the 2019 George C. Polk Special Award. She recently received an honorary doctorate from Dickinson College for her contributions to the field of journalism.

“This is a huge honour to receive the NABJ Journalist of the Year award. To be invited to be in the company of black journalists, writers and storytellers who have broken barriers and paved the way for me to be in this field is nothing short of incredible,” said Attiah, upon being notified of her recognition. “But most importantly, after the murder of my colleague and friend Jamal Khashoggi, this recognition is a humbling call to action – that I must help to honour his legacy by speaking and writing against oppression and injustice around the world.” 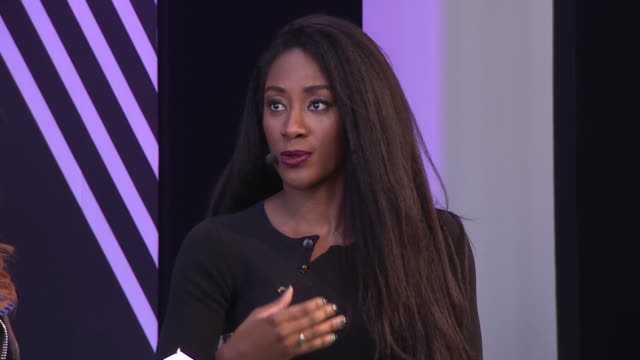 In 2018, Attiah was celebrated for raising her voice and using the power of her pen to bring attention to and offer ongoing coverage of the murder of fellow Washington Post columnist Jamal Khashoggi. Khashoggi was murdered inside the Saudi consulate in Istanbul. Attiah’s reporting of Khashoggi’s death helped bring international coverage to the political persecution he faced as a journalist, which caused him to flee Saudi Arabia in 2017. Her work also inspired ongoing global dialogue about protecting the role of the free press.

Attiah has leveraged her platform to bring light to systematic issues that gravely impact the black community worldwide. In the editorial “Christine Ford, Anita Hill and the dangerous myth of the strong black woman,” Attiah wrote about how institutions have historically mistreated black women when it comes to sexual abuse and exploitation by using “perceived strength” as an excuse to not see them as “vulnerable or effective witnesses to their own pain,” even in the era of “me too.”

Attiah has also used her writings to underscore the importance of diversity in media. In her editorial “Why did it take Vogue 125 years to have a black photographer shoot a cover?” she discussed the challenges black photographers face in a predominantly white industry and also emphasized that the importance of diversity in powerful publications should become a norm and not just a milestone.

Karen Attiah was born in Northeastern Texas on August 12, 1986, to a Nigerian-Ghanaian mother and Ghanaian father.

After a bachelor’s degree at Northwestern University, Attiah won a Fullbright Scholarship to study in Accra, Ghana and obtained an MA from Columbia University before later joining the Washington Post.