Kim Kardashian, in a mysterious post on Twitter, might just have revealed the release date for Kanye West’s next album. While the infamous Yandhi name is nowhere to be seen on the image, which shows a notebook featuring an assumed tracklist next to a bible, it does feature the title of Jesus is King. The images reveal that fans can expect something at the end of September. 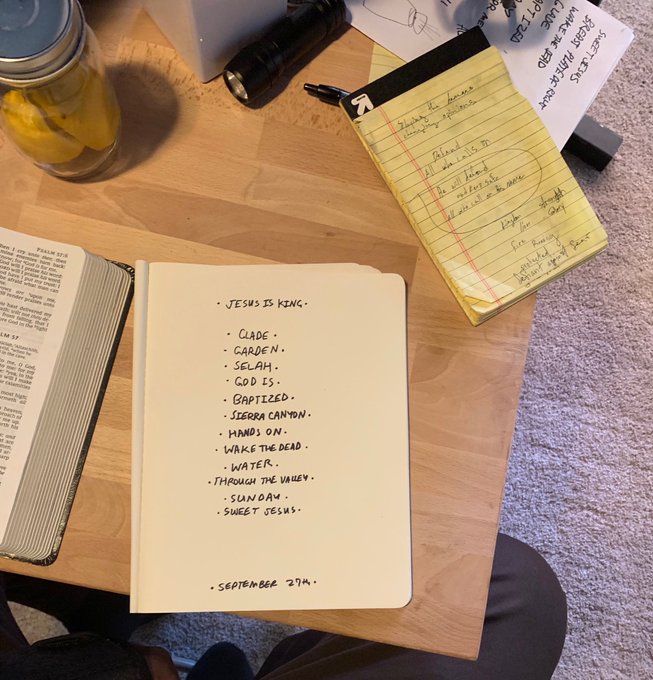 It’s worth pointing out that among the assumed song titles is “Water,” which is the name of a track that Kanye debuted earlier this year during his Sunday Service event at Coachella that featured Ty Dolla Sign.

If this is true, then we are way too excited!!! A new Kanye album is almost here!!

Jesse Ababio - August 15, 2020 0
With the main aim of supporting education in Ghana, CEO of Vitae London, William Adoasi, has announced a new collection of watches....

Fire Destroys Over 100 Structures At Shiashie

Stonebwoy Apologises To Angel Town And Sarkodie After Alleged Attack

13+ Videos From Kuami Eugene Over A Million Views On YouTube

#AxeAboutMe: Live Jams And A Free Night At Kempinski Anyone?