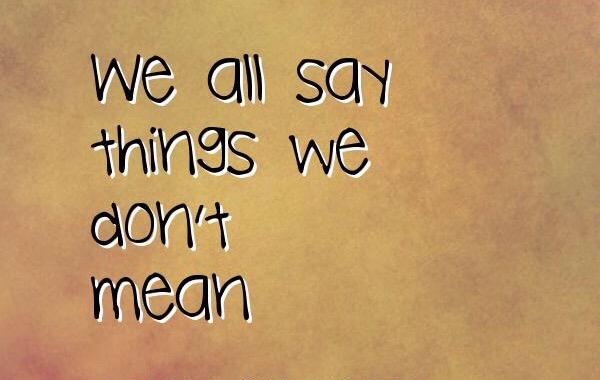 Courtesy demands that we keep our cool in every situation and carefully manoeuvre the awkward moment where our comments can hurt a person’s feelings. So we use some expressions as disclaimers of a sort before we go ahead and say what we mean to say anyway. Some mean people just use these expressions as a prologue to some nasty insult.

With All Due Respect

When people say this, they usually mean they have no respect for you or your due respect is zero because they will go ahead and say all the nasty things they had pre-planned without holding anything back in the name of respect.
No Offence

This is to prepare you for something that will ultimately offend you. But the person addressing you wants you to know that it is not their intention to offend you with their offensive utterances so it will be unreasonable on your part to get offended, especially after they have told you that their intentions are pure. The point of this expression is to test your temper and make you look bad for getting genuinely offended.
No Pun Intended

This may come off as a long shot but when people make sexual puns and say no pun intended, do not believe them. If you really did not intend any pun, you will say what you have to say and not realize what you’ve done till someone draws your attention to it. But when you say no pun intended, it means you’ve thought about it, noticed the pun without making any effort to use different words and now you are drawing your listener’s attention to it.
Honestly

When people say ‘honestly’, they mean one of two things; either they are going to tell a lie, or they will be rude. People expect honesty from each other, so there is no need to stress on the fact that you are being honest or you are going say something honest. It means that everything you said earlier is false or what you are going to say now is false. On the other hand, people use honestly, to warn you that what they are going to say is uncensored so you should put aside whatever feeling their utterance may rouse and appreciate that it is what they truly feel and usually, it is hurtful.
I Don’t Mean To Brag

Only braggarts use this expression! It means they are going to brag but you shouldn’t consider it as bragging because it is only a tip of the iceberg. Usually, this expression is a brag alert meant to catch everyone’s attention so they can listen to the speaker not-brag. It is an exercise in false humility and like all the other expressions above, not sincere.