We are so heartbroken over the news of Junior Agogo’s death.

Junior Agogo was one of the biggest football players in Ghana years ago. Ghanaians will always remember him for that goal he scored in the AFCON2008 match with Nigeria!

For the longest time, during that match Junior Agogo was everyone’s golden boy and yeah the ladies…we all loved him!!!

Here are some more facts about Junior Agogo

His full name was Manuel Agogo

He played as a striker for the football clubs, Nottingham Forest in England and Zamalek in the Egypt

He played for fifteen different clubs over the fifteen years. 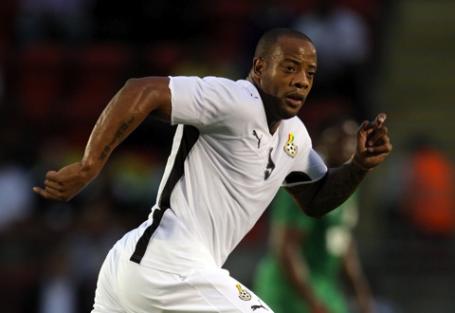 Agogo scored 12 goals in 27 games for the Black Stars

He had hoped to open a restaurant after he retires

See Also: Video: Junior Agogo Talks About His Illness For The First Time

May he Rest In Peace