Kuulpeeps – Ghana Campus News and Lifestyle Site by Students
Home KNUST From Being Mocked As A Female Mathematics Student To Becoming A Commencement...
Facebook
Twitter
WhatsApp

We all go through hardship at some point in our lives but believing that all the struggles we face, will eventually pay off is what keeps us going.

This story might encourage you to believe in your dream and never give up no matter how difficult things may be.

Ivy Barley, an alumnus of the Kwame Nkrumah University of Science and Technology has shared on Twitter a story of what she went through in school to become the successful person she is today.

See Also: This Life Story Of Renowned Playwright Uncle Ebo Whyte Is What You Need To Read Today

She was the commencement speaker of the College of Science at the 2019 KNUST congregation making her one of the youngest speakers to ever do that in the university’s history.

Trust us… this is a huge pat on the back for her and for anyone who is ever granted such an honour. 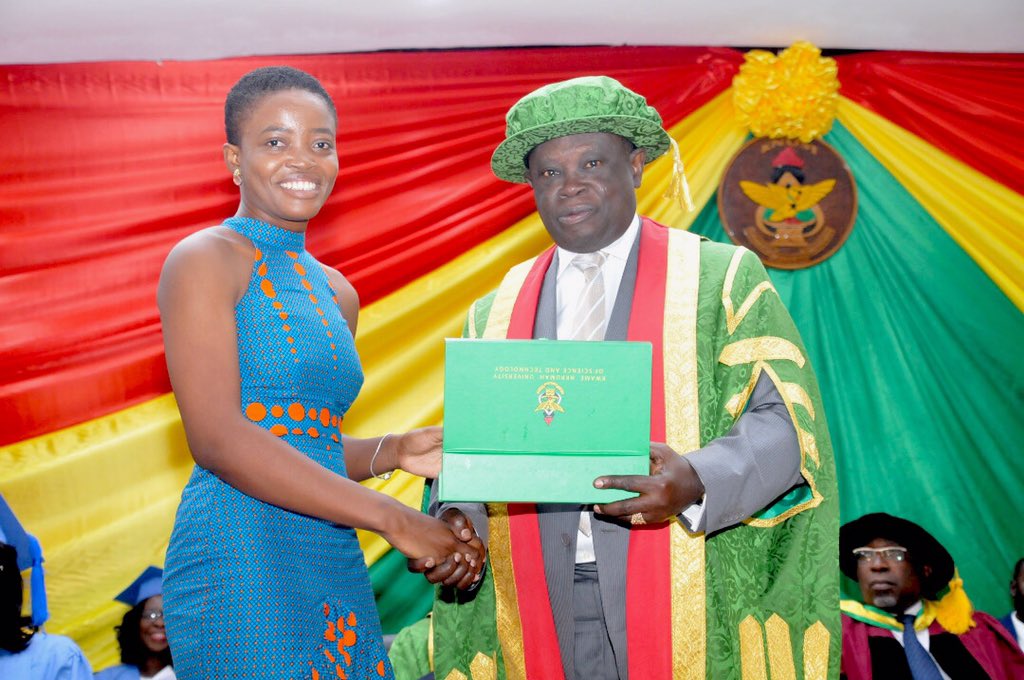 According to her, she was mocked for having the dream of becoming a mathematician when she was in school.

“I significantly struggled while a student at KNUST,” she wrote. She failed some courses and battled with mental health issues at some point while in school.

Ivy also stated that she had to sell popcorn at night in order to take care of her self in school, but all her struggles were not in vain – she eventually became great.

Little did I know that the girl that people laughed at for wanting to be a mathematician will one day return to her Alma Mater as the Commencement Speaker of the College of Science. That she will even be one of youngest speakers to ever do so. (1/3)#WomenInTech pic.twitter.com/TgXAT8PoJ4

Ivy teaches coding at Developers in Vogue, an organisation that aims at creating a relevant community of amazing African women who are passionate about using technology to revolutionize Africa and beyond.

Never give up, believe in your dream and you will make it!

Jesse Ababio - August 8, 2020 0
Following testing footage, we are now learning that Japan’s life-size Gundam in Yokohama is now complete. Set to be...

3 Conversations About Sex You Need To Have With Your Partner

7 Annoying Things That Finish Your Salary Every Month