An aircraft built by South African teenagers has successfully landed in Egypt six weeks after it set off from Cape Town.

The four-seater Sling 4 plane was assembled by a group of 20 students from vastly different backgrounds.

See Also: This Homemade Plane Built By South African Teenagers Is Being Flown From Cape Town To Cairo In Six Weeks

The crew landed in Namibia, Malawi, Ethiopia, Zanzibar, Tanzania and Uganda during the 12,000km (7,455 miles) trip. 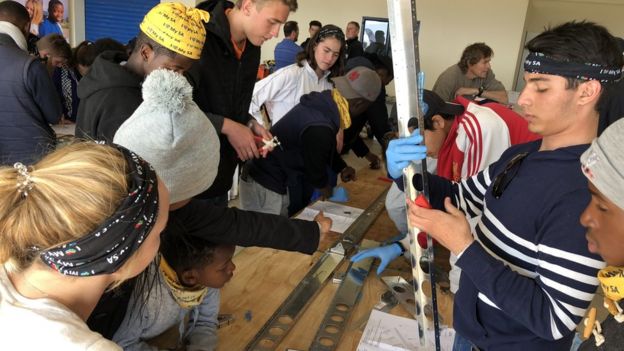 Pilot Megan Werner, 17, founder of U-Dream Global project, said she was thrilled by the accomplishment.

“I’m so honoured to have made a difference around the continent at the places we’ve stopped.

“The purpose of the initiative is to show Africa that anything is possible if you set your mind to it,” she added.

Another Sling 4 plane, flown by professional pilots, accompanied the teen flyers, whose goal was to give motivational talks for other teenagers along the way.

The teenagers built the aircraft in three weeks from a kit manufactured in South Africa by the Airplane Factory. Construction included assembling thousands of small parts.

Megan’s father, Des Werner, who is a commercial pilot, said it would normally take 3,000 man hours to assemble a Sling 4.

The impressive feat had its challenges, Megan said. 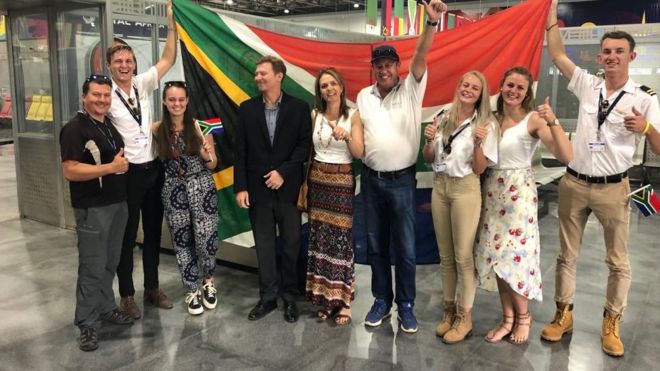 In the Ethiopian capital, Addis Ababa, they could not get fuel.

“When we eventually got it, the support aircraft started leaking fuel so they couldn’t fly with us and only two people – Driaan van den Heever, the safety pilot, and I carried on,” Megan said.

“We were concerned about flying across Sudan because of the political unrest in that country.”

Megan was one of six in the group to have obtained a pilot’s licence, and the six shared flying duties in their silver aircraft, which is emblazoned with maps of Africa on both wings together with sponsors’ logos.

Their basic pilot’s licences presented a further challenge as they only allow flying at a height where the ground is still visible and prohibit entering cloud.

The last leg, from Addis Ababa to Cairo via Aswan, tested the pilots’ mettle.

“Driaan van den Heever and I flew alone for 10 hours, without the support aircraft, so it was two teenagers, all by ourselves with no support,” Megan said. 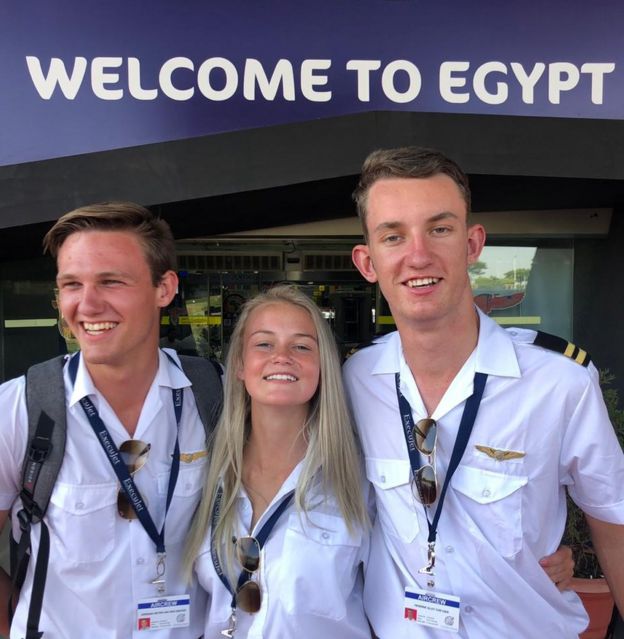 The two pilots encountered a problem with one of their avionic systems about an hour into Egyptian airspace. So they decided it would be better to land at the closest domestic airport in Cairo, instead of the international airport as planned.

“That created a little chaos but it was done in the interest of safety,” Des Werner said.

“In the end it was just a loose connection which they sorted out but the bureaucratic process took a while to sort out because they had to complete a report,” he added.

“When we landed in Egypt the authorities wanted to arrest us, take our passports and licences but luckily after about four hours, everything was sorted out and we got some more fuel and carried on to Aswan. We then flew from Aswan to Cairo and it was a really awesome feeling to land here,” said Megan.